(UnitedVoice.com) – President Joe Biden approved an airstrike in Syria on February 25. Now, the commander-in-chief is in hot water for ordering the attack without getting approval from Congress first. One Democratic representative believes the action was even a violation of international law.

During a March 2 interview with Hill TV’s “Rising,” Rep. Ro Khanna (D-CA) was asked if he thought there would have been more outrage in his party if former President Donald Trump carried out the same airstrikes. The congressman said he is “sure there would have been” because the strikes were “clearly a violation of the US Constitution and international law.”

There is a deep problem in our democracy when the Executive branch is willing to bend over backwards to defer to arcane Senate rules to deny Americans a $15 wage but at the same time ride roughshod over Congressional rules & procedures to launch military strikes abroad.

The Constitution grants Congress the sole authority to declare war. However, the president has broad power to take military action when terrorists are involved. That doesn’t make the strikes legal on an international level, though. The United Nations Charter only allows nations to launch strikes on a sovereign country if they respond to direct attacks. Syria did not attack the US, which likely makes the attacks illegal.

The international community will probably not take action against the US. But lawmakers can certainly take back some of the power they handed to the executive branch at the beginning of the War on Terror and prevent Biden from doing this again. Whether they actually do that is another story entirely. 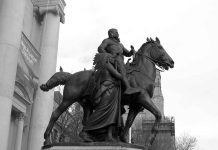 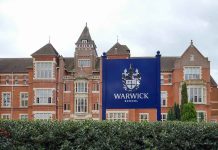