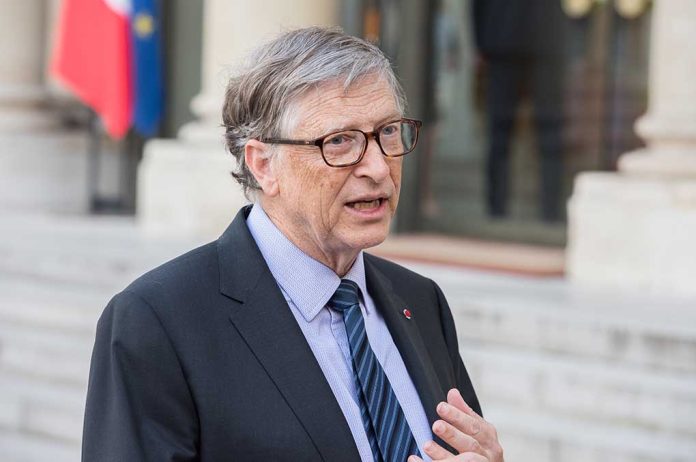 (UnitedVoice.com) – Microsoft Founder Bill Gates has been at the forefront of discussions on the pandemic, and he’s taken a lot of criticism for it. Despite having no medical training, he’s given his input about how to battle COVID-19 across the globe. Recently, he faced protests after attending a dinner in the UK.

On Monday, October 18, Gates attended a dinner in London with Prime Minister Boris Johnson and 19 other of the most influential business leaders in the world. The event was meant to promote the interests of Britain globally. Protesters learned of the dinner and headed toward Downing Street, where the PM lives, to express their anger.

Videos on social media show the protesters blocking the road and surrounding a car. They were trying to get a look into the windows to see who was inside. Protesters shouted, “Arrest Bill Gates,” as they held up the car.

Bill Gates is due to attend a dinner tonight about Global Britain pic.twitter.com/aXro7SFq30

On Tuesday, the protesters descended on the Bill and Melinda Gates Foundation office in downtown London. They called on police to arrest the billionaires. Police formed a protective line to keep the demonstrators away. Meanwhile, Gates met Queen Elizabeth at Windsor Castle and attended the Global Investment Summit. Police were able to get control of the protests, and aside from a couple of arrests, they remained largely peaceful.