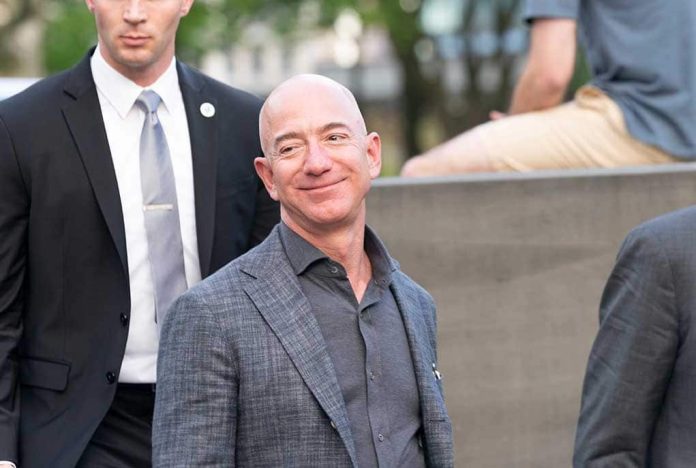 (UnitedVoice.com) – In 2019 and 2020, Amazon Founder Jeff Bezos told Congress his company didn’t use data from third-party sellers to help develop products to compete in the same markets. A bipartisan group of lawmakers is now accusing Bezos and other top executives of lying to Congress — a criminal offense.

On October 18, lawmakers, including Republican Reps. Ken Buck (CO) and Matt Gaetz (FL) sent Amazon CEO Andy Jassy a letter notifying him of investigations contradicting the testimony. They offered him an opportunity to correct the record before they took further action.

At worst, this demonstrates that they [Amazon] may have lied to Congress in possible violation of federal criminal law.

The lawmakers cited investigative reports by multiple news sources that found Amazon ranks its products higher on the search results even though others are rated better.

In one example, Robert Gomez, owner of startup 4Q Brands, paid Bezos’ company $40,000 a month and often updated the description for his coffee grinder until it ranked in the top three search results on the platform. After a while, Amazon introduced two of its own coffee grinders, and they ranked well right away. Internal documents from the company allegedly reveal it was developing products based on seller data.

Amazon denies the allegations, but the lawmakers aren’t convinced. They have given the company until November 1 to correct the congressional record or face possible perjury charges.