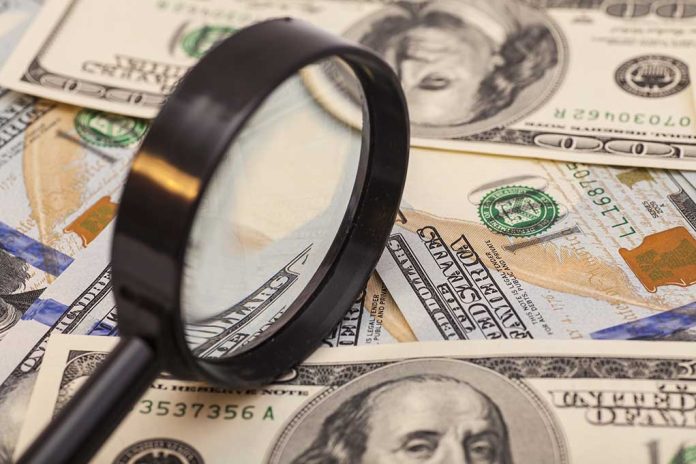 (UnitedVoice.com) – Democrats have a serious problem of habitually feeding America misinformation. By now, we’re probably all tired of that word. It’s so overused for everything, but is there a better way to illustrate the challenge voters face as the country rounds out 2021 and heads for the 2022 midterm election cycle? For months, President Joe Biden, House Speaker Nancy Pelosi (D-CA) and Senate Majority Leader Chuck Schumer (D-NY) loudly proclaimed their semi-Socialist Build Back Better climate down-payment proposal would cost America nothing.

Now, we know their claims weren’t valid. On Thursday, November 18, the Congressional Budget Office (CBO) released its score of the nearly $2 trillion bill. That report is at odds with the Democratic leaders’ pledge. Depending on how one looks at the CBO’s language, the legislation would add anywhere from $160 billion to $367 billion to the national debt over the next 10 years. The Democrats say that’s nothing and is no big deal. It is a big deal, that’s a lot of money to the average American, and they broke their word. Of course, to politicians, that means nothing, but shouldn’t it?

This bill is far from a done deal. Once in the hands of the Senate, it’s likely to face some serious surgery. More on that in a bit. Let’s focus for a minute. The fact that the CBO’s score range is so drastic says something about the accounting gimmicks and tricks in the legislation. Democrats argue the CBO didn’t consider taxes raised by weaponizing the IRS to go after supposed tax cheats. There are so many problems with this argument it’s impossible to know where to start.

Let’s start here: How long will it take to find supposed tax cheats, prove cases, and then recoup the money for the government without violating the US Constitution’s due process clause? In the meantime, how much will it cost the IRS? And because the IRS assumes guilt and wields incredible power, how many innocent people will end up spending tons of money proving their innocence?

An even bigger question is, will the IRS find all the money they claim is sitting in the bank accounts of tax cheats? The Democrats are playing a risky game with our money. There are no guarantees they will find the money, let alone get it. It’s a form of gambling, and the odds are not necessarily in their favor.

That’s not stopping House Democrats, even moderate ones. They say the debt is negligible, and they can live with it. So much for pledges and promises. Doesn’t zero mean zero? Not in Washington, DC. Zero only means zero to manipulate voters whom legislators look down on as naive or below their intelligence.

The Bill Faces Massive Hurdles in the Senate

Since August, Sen. Joe Manchin (D-WV) laid down the gauntlet and stripped many social programs designed to trap people in government dependency and transform America’s energy economy. Sen. Kyrsten Sinema (D-AZ) denied prescription drugs and other social benefits from the program. Without one of the two Senators, the legislation cannot pass the Senate under the rules of reconciliation. In an evenly divided Senate, all Democrats must vote together.

Over the last few weeks, House Democrats re-inserted virtually everything the two moderate Senators removed to secure their votes. The House is daring them to do it again. Of the two, Manchin has been very clear. He says he’s not a liberal and will never become one. The West Virginia moderate Democrat is concerned about inflation, government spending, and the effects both are having on society. When he took out many of the bill’s extreme provisions over the summer and early fall, he was still signaling it could be too much.

The media is celebrating the bill’s passage in the House. They make it sound like the legislation is a done deal and is on the way to the president’s desk. It’s not. Don’t forget, in October, Manchin said he didn’t mind it if the bill died and never became law. Progressives and Socialists may get spanked, once again, for going against the framework agreement laid out just a month ago.

Sit back, enjoy the show, and stay tuned.