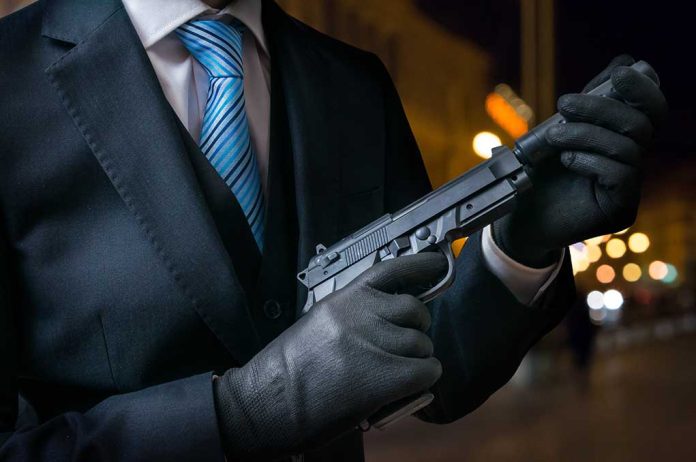 World Leader Targeted For ASSASSINATION – He Was Next!

(UnitedVoice.com) – It seems more often, citizens with mental health issues are threatening the lives of political leaders. Still, few expect to hear someone they thought they knew or admired would be capable of committing a horrendous act of violence. In March 2020, a well-known teen actor did the unthinkable.

Ryan Grantham is known for his role as Jeffery Augustine on the hit CW show Riverdale. On March 9, the 24-year-old actor pleaded guilty to killing his mother in March 2020 and allegedly committed to killing Canadian Prime Minister Justin Trudeau. On Monday, June 13, during his sentencing hearing, prosecutors explained how the young actor committed his act of violence against his mother and sought to fulfill the plot to kill Trudeau.

On Monday, prosecutors told the British Columbia Supreme Court how Grantham’s cold and calculated actions led to his arrest and admission that he murdered his mother. The attorneys read the admission of facts in the case. On March 31, 2020, Grantham’s mother, 64-year-old Barbara Waite, played the piano in their townhouse. They said her son walked up quietly behind Waite and shot her in the back of the head.

Grantham left his mother’s body where she lay after he shot her, placed a sheet over her body, and went to bed. The following morning, he put 12 Molotov cocktails, three guns and ammunition, and camping gear in his car. With directions from Google Maps, he prepared to set out for Rideau Cottage in Ottawa to assassinate the prime minister.

Prosecutors presented psychiatric reports that insinuated Grantham’s motive for murdering his mother was to spare her any shame for killing Trudeau or witness any other violence he may commit. Crown prosecutor Michaela Donnelly said the young man committed a heartbreaking violation of trust. She added Waite had no reason to fear her son, and she was an excellent mother.

Prosecutors said Grantham turned the car around while traveling the 50 hours by car to assassinate the prime minister. For a brief moment, they noted the actor considered committing an act of mass violence at Simon Fraser University. Instead, he turned himself in to the police.

Prosecutors Reveal Potential Cause for Grantham’s Violent Act and Intentions

An underlying cause often precedes many violent acts in those who commit them. Prosecutors said the psychiatric report showed Grantham experienced cannabis use disorder. Additionally, he developed a deep and growing feeling of self-hatred and depression, leading to strong urges toward violence.

In a journal entry written on the day he killed his mother, Grantham wrote to his mom and sister that he was sorry and he hated himself. He said no one would understand despite the amount of media attention and hundreds of hours on television screens.

Because Grantham confessed to his crimes, prosecutors agreed to a lesser charge of second-degree murder. If approved by the court, it carries an automatic life sentence in jail. Prosecutors are asking the court to prohibit the actor’s eligibility for parole for at least 17 years.