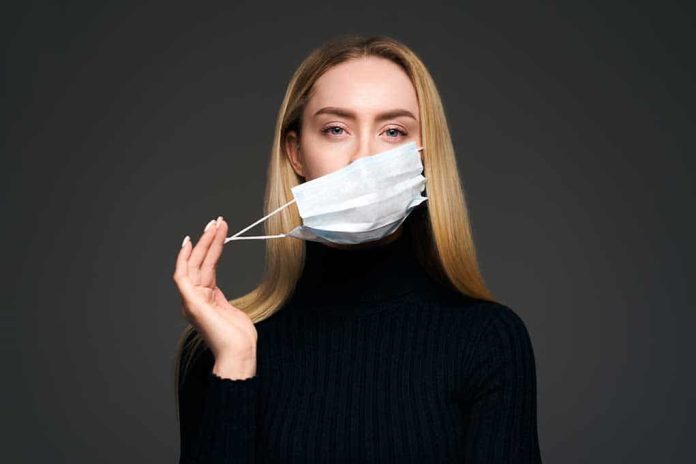 (UnitedVoice.com) – It’s challenging to escape politics in modern America. Wherever you go, someone has an opinion — and they’re likely to share it with you or launch a debate over it. Yet, regardless of which side of the aisle they stand on, most people agree that partisan beliefs should never limit access to critical healthcare services. Fox News’ Candace Owens says that’s precisely what happened to her on August 31, 2021.

Owens, a self-described “anti-vaxxer,” attempted to comply with local COVID-19 protocols by seeking testing at a facility managed by Aspen Laboratories and Rocky Mountain Labs in Colorado. She began by having her assistant schedule her in for an appointment.

That’s when the situation took an unbelievable turn. The owner of the testing facility, Susanna Lee, sent Owens an email copied to her business partner, Isaac Flanagan. The pair denied her service on the basis of her political views, immediately canceling her appointment.

As promised— here is the email from the rabid activist declining to give me a test, plus my response to her. She clearly isn’t stable enough to work in health and is a danger to the Aspen community. pic.twitter.com/nV7xMGqVN3

The Aspen Laboratories owner also says she felt it would be unfair to test Owens for COVID-19, given the reporter’s constant fight against mandates. She claimed her team is too “exhausted,” passive-aggressively suggesting the reporter seeks service at the area’s free kiosk located near Aspen’s city hall instead.

Lee herself admitted the public testing location is incredibly busy. She also conceded it suffered from inconsistent wait times for results in the same email. This red tape likely motivated Owens, who travels frequently, to seek testing services from a much faster private lab in the first place.

Suzanna Lee later told the Aspen Times she in no way rejected Owens over her politics. In fact, she explicitly claimed her lab “[does] not discriminate, and… [does] not pick and choose who [they] do and don’t test.”

In the 10-minute clip, Owens first admits how shocked she was to receive the rejection in the first place. Yet, she was careful to acknowledge that Suzanna Lee’s lab is a private business, and thus, had the right to refuse her service. But she also questioned whether that’s a sound decision in the middle of an alleged public health crisis.

The talk show host also believes the testing facility looked her up online before deciding to refuse her service. She said her assistant initially booked the COVID-19 testing appointment under her secondary last name, Farmer — a name the lab couldn’t possibly link to her without doing a Google search.

Owens summarized her response by pointing out the fundamental contradiction in this scenario. She said Suzanna Lee essentially politicized the virus solely on the basis of her disagreement with Owens’ views, which ultimately made it difficult — or even potentially impossible — for her to comply with local COVID-19 measures. So, who’s really making the virus all about politics here?