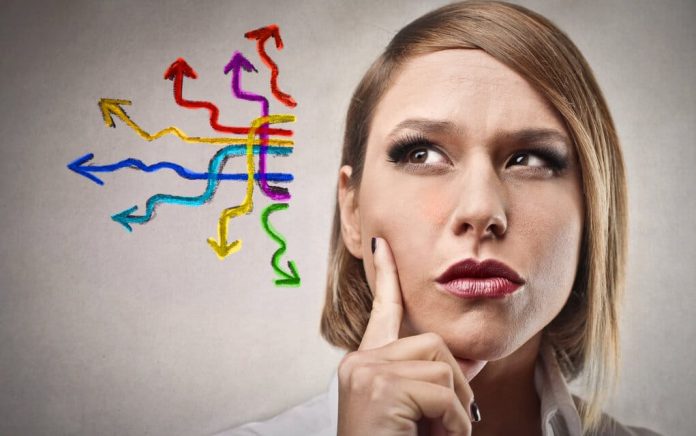 (UnitedVoice.com) – Over the last 25 years, too many Americans made a fast left turn into the arms of socialism. It was predictable and inevitable. In the late 1990s, the “anything goes” mantra became culturally accepted as a steady decline in the country’s leadership eroded. Former President Bill Clinton smoked pot but didn’t inhale, redefined sex, and replaced objective truths with subjective new age philosophies. For the first time, one could define their reality regardless of whether it made sense or not.

In the 2000s, terrorism and war brought a new political front. It became fashionable to label former President George W. Bush a war criminal, liar, and other fashionable labels. We all know Trump’s story, how the Democrats used the Russia collusion narrative, and how they mistreated then-Supreme Court nominee Brett Kavanaugh. As Americans embraced the political narratives, the Democrats moved left and led scores of Americans towards socialism. To do it, they used the same tactics on young people they were using to win elections: lies, distortions and misinformation. They created an emotional argument they believed was bulletproof.

Unfortunately for them, two can play at that game.

In a new Axios/Momentive poll, young American’s view of socialism is gaining while capitalism is steadily taking a back seat. Only 42% of those surveyed viewed capitalism positively. Just two years ago, in the same poll, 58% had favored capitalism. To understand what’s happening, we must grasp what younger Americans are thinking and feeling.

For those who lived through the cold war, fought back against communism in Asia and Russia, or defeated Nazis, there is a very different worldview about socialism. It’s evil, ill-conceived, and destructive to humanity. It’s repressive, violent, and soul-crushing. Many young Americans don’t know what life is like in modern China. To them, it’s a country that makes their stuff. The label tells them so.

When they hear socialism, they aren’t thinking of Stalin or Mao. Instead, they think about inequality that arose from crony capitalism, greedy corporations, and corrupt politicians. Many young people believe the economy is rigged against them in favor of the rich. There is a narrative that can back up those emotions but is it true?

It’s commendable that young people want to make economics fairer but consider this: In 2020, 1.7 million Americans became millionaires during a pandemic, when the economy was largely shut down for workers. In what other country could that happen? The point is that “opportunity” exists for everyone with a good idea, strong work ethic, single focus, and gritty determination. Few probably know of the story of a nearly bankrupt Sam Walton who built Walmart from one store to an empire overnight in rural Arkansas and then beyond.

To win the debate, Conservatives must reduce reliance on empirical data. Logic alone won’t win an emotional argument designed by politicians and their handlers to win elections. The emotions run deep for those who embrace socialism. Instead, Conservatives must embrace the emotional issue and connect it to the logical conclusion.

Those who buy the Democrats’ socialist argument don’t know that the government’s intrusiveness empowers cronyism into the economy. The fact is, and always will be, that the bigger the government, the more cronyism grows. That’s just not good enough for young people. They want answers to what they believe are injustices, inequality, and fear.

Humans are free, capable of learning and embracing objective truth, and at the same time are imperfect and self-interested. Socialism cannot tap into the human condition. It can only try to control it for its own ambitions. Socialism only works if the government can know everything at one time, all of the time.

Socialism must deny people any sense of liberty and freedom. It strips people of their ability to make mistakes and learn from them. It oppresses those who won’t behave like robots and rewards a few at the top lavishly. The contrast is clear. Capitalism embraces mistakes and encourages them. Mistakes are the fuel that ignites learning and innovation, and they improve people’s lives. Capitalism embraces human nature without trying to control it while also creating rules that level the playing field for everyone.

In those terms, many young people would likely embrace capitalism. The problem is they don’t understand it. They see capitalism as a tool of oppression. They bought the lie that socialists want them to believe. In the end, the very thing they are fighting against could be what they bring to fruition.

Now and then, government and economic systems need reform. Capitalism isn’t lost. It’s hiding in plain sight. For millions of people, capitalism can change their lives for the better. Millions more are waiting. Conservatives must win hearts and minds to help people find Capitalism again. It’s more emotional and moral than logic and numbers.

If we can win the emotional and moral argument, we can save the future.