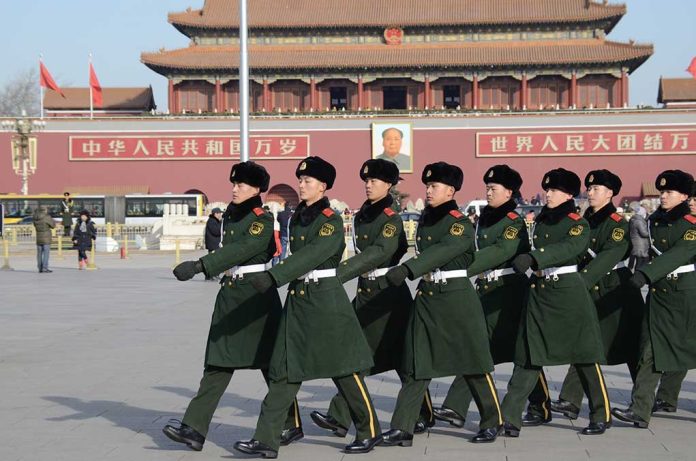 (UnitedVoice.com) – China has put a great deal of effort and money into expanding its military over the last several years. The communist country reportedly shocked US officials in the fall when news broke that it had allegedly tested a nuclear-capable hypersonic weapon. It’s causing concern again with rumors that it’s developing a weapon to control people’s minds.

President Joe Biden’s administration issued sanctions against 30 Chinese entities in December. This action was a result of the Communist government carrying out human rights violations against the Uyghurs in Xinjiang. But the administration also alleges the country is trying to develop brain control weapons. The Commerce Department accused 11 research institutes and China’s Academy of Military Medical Sciences of using biotechnology to “support Chinese military end uses and end users, to include purported brain-control weaponry.”

US Secretary of Commerce Gina Raimondo accused the Chinese government of allegedly developing the weaponry in order to have more control over its people and repress the Uyghurs further. Neither the secretary nor her department explained exactly what the technology entails.

While the Biden administration believes the communists want to use the technology on their own people, what happens if they decide to attack the US? It’s like something from a sci-fi novel.

What do you think? Are you concerned about the possibility of mind control weapons?