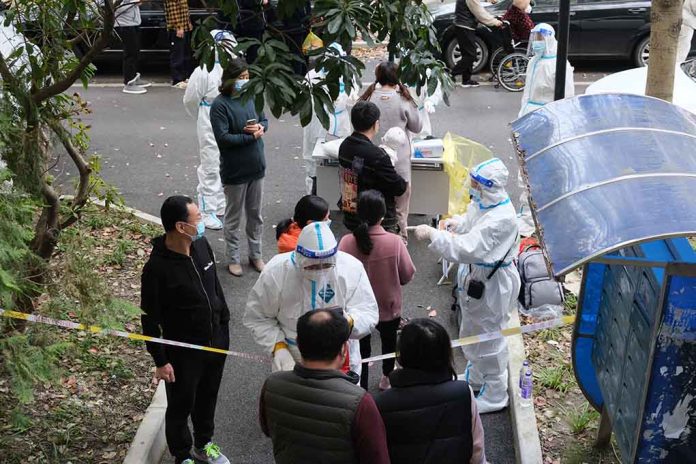 (UnitedVoice.com) – Officials in China are just as serious about containing COVID-19 in 2022 as they were when the pandemic began. Outbreaks of new cases, no matter how mild, cause lockdowns that bring civilization to a halt. Since the communist government controls all aspects of its citizens’ lives, it also restricts the free flow of information. As some residents recently discovered, reporting starving people, for example, is an arrestable offense.

On September 10, Radio Free Asia reported as many as a dozen people from the Xinjiang region, which often makes international news for human rights violations, died directly because of the Chinese Government’s negligence. By locking down its people and denying them access to necessary food and medicine, China reportedly created avoidable conditions resulting in deaths.

Lockdowns and starvation aren’t the only disturbing news from the region. According to the South China Post, the communist country forbids spreading “false information” about the coronavirus, which, apparently, includes uncomfortable truths.

The outlet reported officials took four individuals into custody for telling people on the internet about the unnecessary deaths, charging them under an obscure law forbidding the spread of “rumors” and information the government deems risky. China is particularly touchy about the Xinjiang region after reports surfaced that the Chinese Communist Party (CCP) forced more than 3 million people into labor camps and committed other atrocities against a regional ethnic minority.