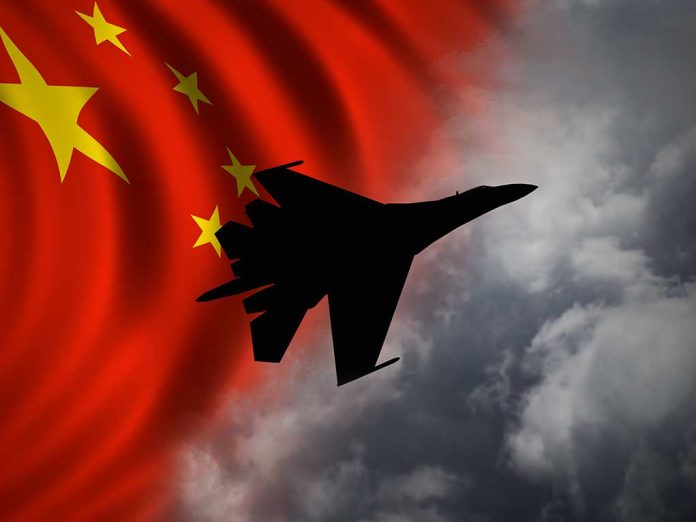 China Goes ALL IN – It’s Preparing For War!

(UnitedVoice.com) – Tensions between China and Taiwan are nothing new. The communist mainland believes the breakaway island is a part of its territorial sovereignty. For decades now, the possibility of a Chinese invasion has loomed. With escalating tensions in the rest of the world — particularly between Russia and Ukraine and its western supporters — the likelihood has increased. A specialist on the issue believes an incursion is not only likely, but that Beijing is already preparing for battle.

On August 20, Gordon Chang’s op-ed dropped on the publication 1945, laying out his reasons for his theories. According to the expert, the warning signs are there, and the Chinese Communist Party (CCP) isn’t trying to hide its intentions.

#China’s regime is mobilizing all of #Chinese society, from top to bottom, for war: https://t.co/pCwhmXcAgt. @GrecianFormula @19_forty_five

Of great concern is the expulsion of foreign academics from universities across the country. Manufacturing lines are being converted to produce items for the military on top of their typical tasks. Most ominously, its new national defense law shifts key powers from civilian authorities to the CCP’s armed forces wing, the Central Military Commission (CMC).

High-ranking officials in the party find themselves, their spouses, and their children restricted from investing overseas. Chang sees that move as an attempt to “sanction-proof” its party officials. Going after the personal property of oligarchs and their families is a powerful and effective piece of a very complicated puzzle Beijing would prefer to avoid.