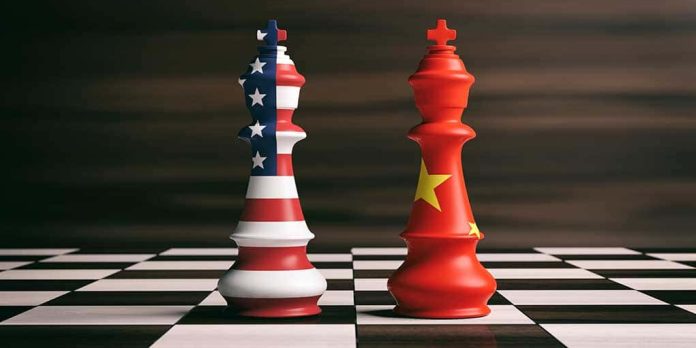 (UnitedVoice.com) – The US is currently in a race with China to develop the best artificial intelligence (AI) software. The Air Force’s first chief software officer recently stepped down from his position and now he’s issuing a warning about America’s position in the battle.

According to Nicolas Chaillan, the Chinese government is winning the AI war. He told the press that his warning isn’t that the US has lost the war, but rather it needs to step up before it does. Chaillan said the US doesn’t “have the luxury of time” and Congress needs to stop asking the Defense Department to study more and to stop spending up to “60% of the AI funding [it] gets on ethics.”

For those who saw this article, 8 want to clarify one thing. I never said we lost. I said as it stands and if we don't wake up NOW we have no fighting chance to win against China in 15 years. I also said that they're lea…https://t.co/pelTLC0Z1M https://t.co/q8vxSkZ70M

Chaillan cautions that the government won’t be able to win the fight if they don’t act now. He suggested the government focus on capabilities and deliver them by “using agile methodologies,” adding “we cannot be stuck in time.”

The former Air Force officer said he’s received a lot of attention since leaving his position and claims some people have even issued death threats. However, that isn’t stopping him from speaking out so that America can prepare itself for the future.