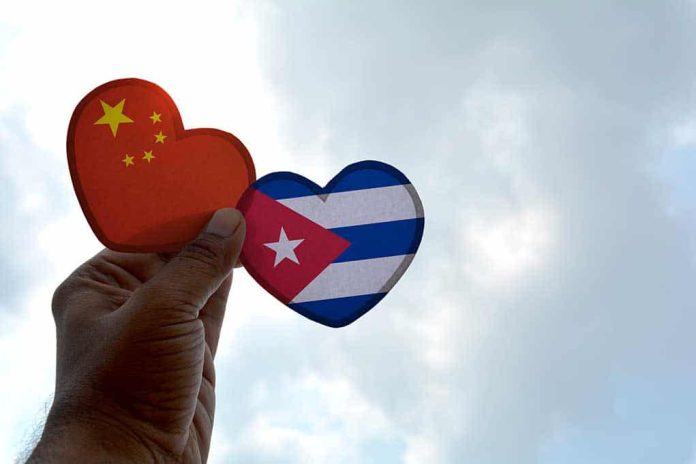 (UnitedVoice.com) – China and Cuba have had close diplomatic ties for decades and have a lot in common. The countries are both ruled by Communist governments that oppress their citizens. China has recently made a number of remarks about the recent uprising in Cuba that are disturbing to some.

Protests have rocked Cuba over the last week. The communist regime shut down the internet in the country and arrested thousands of protesters. On Tuesday, July 13, Chinese Foreign Ministry Spokesman Zhao Lijian blamed the US for the problems the island is experiencing. He said the Chinese government is “ready to work with Cuba.” The spokesman did not say what exactly that would entail but some believe the Chinese might be offering help to silence protesters.

Zhao also demanded the US government “lift its embargo on Cuba.” He claimed the sanctions against the country have led to the shortages the nation is experiencing and claimed “strong leadership” can end the protests.

The US must fully lift its embargo on Cuba which is the root cause of the country's shortage of medicines &energy. China believes under the strong leadership of the party & gov, Cuba can surely uphold social stability. pic.twitter.com/GFBrKGIsgd

China is the last country that needs to be involved in the protests in Cuba. The Chinese government is brutal. At this very moment, it’s carrying out a genocide on the Uyghurs, an ethnic minority in their country. The fact that they’re offering help to Cuba is terrifying, not just for citizens of that country — but the world as well.