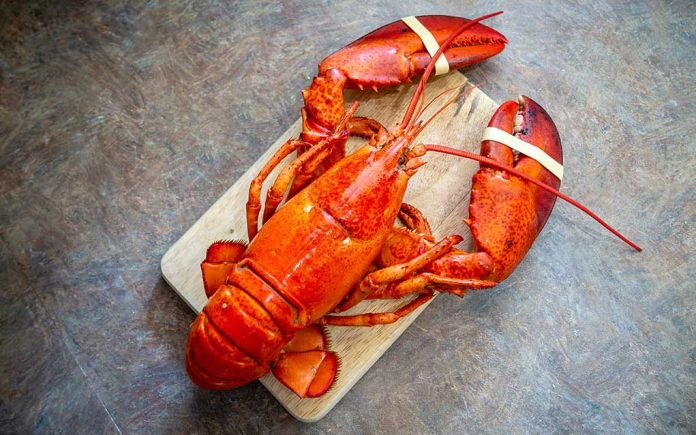 (UnitedVoice.com) – In April 2020, Australia demanded the World Health Organization (WHO) provide information about Chinese wet markets after they reopened at the beginning of the pandemic. The country publicly blamed the markets for the virus. That angered the Chinese government, which has now retaliated.

In October, the Chinese government declared Australian rock lobsters a national security threat. That came roughly one year after the unofficial ban on the sea creatures went into effect. The communist country took the steps to ban the seafood as its relationship with the nation down under became fractured over the COVID-19 origins disagreement. On Monday, November 15, the communist government stopped a speedboat in the middle of the night and found more than 220 pounds of rock lobster aboard the vessel.

Although China is trying to punish Australia by banning lobsters, it has led to an unexpected benefit for Australians who might want to buy the crustaceans. They’re now the cheapest they’ve been in years for the Australian people who want to buy them.

Rock lobsters are expected to become available for the cheapest prices Victorians have seen in six years, with suppliers unable to export them to China. #9Newshttps://t.co/rkRErfSiYm

Since the ban on lobsters went into effect, they’ve become extremely popular on the black market. Smugglers were sneaking the delicacy into the country through Hong Kong. Exports of the rock lobsters to Hong Kong soared, from $426,000 to $19 million. Chinese authorities have seized more than 11,000 pounds of the crustacean and arrested 13 people in the crackdown.

The investigation into the Monday seizure is ongoing. It seems like the Chinese government will do anything to try to stop the COVID-19 speculation, even banning a food its people love.