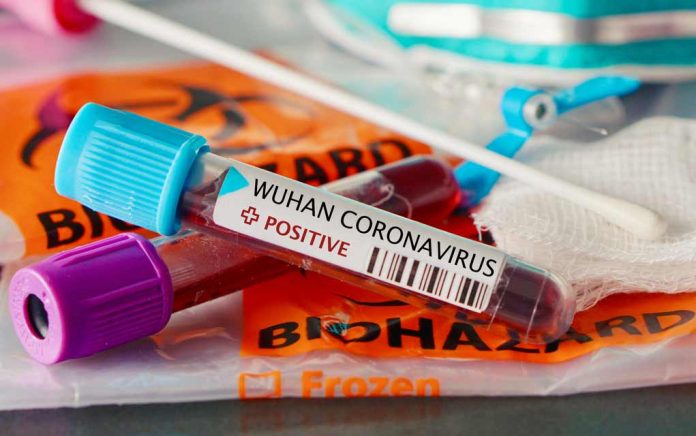 (UnitedVoice.com) – In retrospect, it may have been an inevitability and now it has come to pass. China’s government officials are trying to shift the blame for the coronavirus pandemic from themselves to…the United States, because of course.

2/2 CDC was caught on the spot. When did patient zero begin in US? How many people are infected? What are the names of the hospitals? It might be US army who brought the epidemic to Wuhan. Be transparent! Make public your data! US owe us an explanation! pic.twitter.com/vYNZRFPWo3

Although the epidemic first broke out in China, it did not necessarily mean that the virus is originated from China, let alone "made in China". pic.twitter.com/EVXLkQnyfF

In October 2019, the City of Wuhan, China played host to the 7th CISM Military World Games (aka the 7th Peace Games), an international gathering of the worlds’ armed forces for athletic competitions like basketball, swimming, and life-saving. They accuse patient zero of having been an American, possibly in the US Army.

This bombast may be a face-saving attack after President Donald Trump referred to COVID-19 as “a foreign virus made in China,” and Vice President Mike Pence called it the “Wuhan-virus.” Given the impact this outbreak is having on both human lives and economies around the globe, one might expect China to try to accuse its biggest rival for military and economic preeminence of being the source of the problem.

Other anti-America countries have joined in the blame game as well. A member of the Iranian Parliament has accused the United States, in general, and Trump in particular, of bioterrorism. In Russia, the media is rife with trumpeting conspiracy theories that intelligence agencies like the CIA or “big pharma” intentionally released the contagion into the population.

As the virus spreads unchecked, an increasing number of groups are either canceling events or, like some sports, holding them in empty arenas. State and local governments are declaring states of emergency and banning mid-size to large gatherings.

Where this will all end is anybody’s guess, but the best thing anyone can do is stay calm and don’t give in to panic!