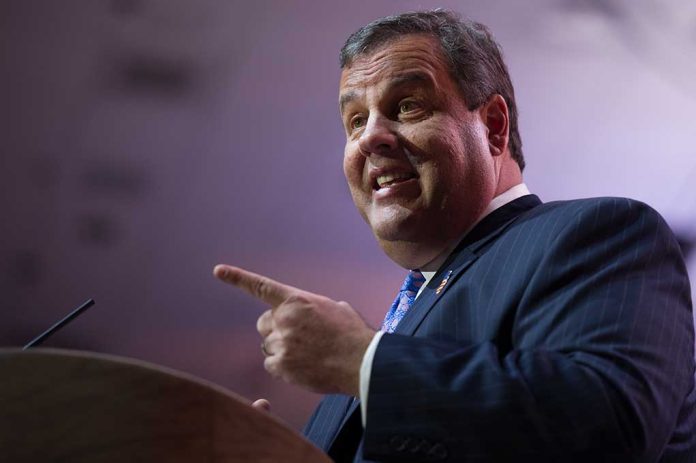 (UnitedVoice.com) – Once upon a time, former New Jersey Governor Chris Christie (R) was very good friends with former President Donald Trump. The two parted ways after the 2020 election and new reports indicate they might face off against one another in the next Republican primary.

According to Trump’s ex-attorney Michael Cohen, Christie is “very strongly” considering running for president in 2024. During an episode of his latest podcast “Mea Culpa,” Cohen claimed the former governor is “repulsed” by his ex-friend and the chances of his running increase if Trump jumps into the race.

Warning: Strong language in the video below.

If Christie runs for president in 2024, it wouldn’t be the first time. In fact, if the 45th POTUS decides to throw his hat in the ring (something that looks more and more likely) it wouldn’t even be the first time they faced one another in a primary race. In 2016, Christie tried to win the Republican nomination but failed miserably. He dropped out of the race after coming in sixth place in New Hampshire, a state where he focused many of his resources.

The difference between 2016 and 2024 is that Trump is even more popular than he was the last time around, making the primary an uphill battle for any conservative.

Do you think Chris Christie could beat Trump?