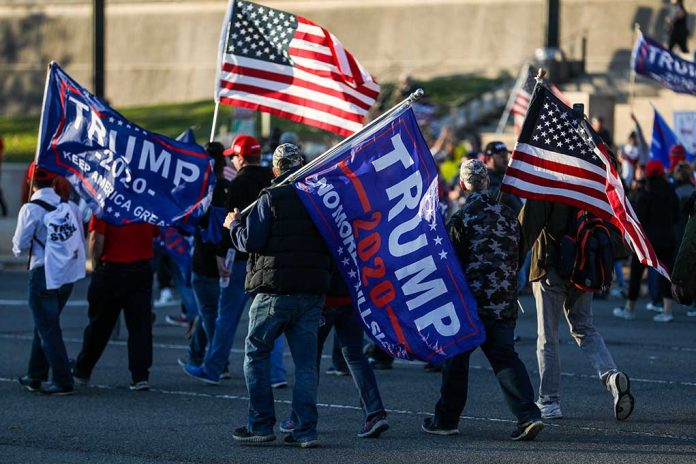 Famous Democrat STANDS UP For Trump Supporters… Goes All In!

(UnitedVoice.com) – Are Conservatives getting support from an unusual person? For years, Chris Cuomo slammed Republicans on his CNN primetime show. In December, CNN officials announced they fired their top anchor after the liberal news outlet determined he inappropriately helped his brother, former New York Gov. Andrew Cuomo (D). Numerous women made sexual harassment and abuse allegations against the governor. Hours later, the anchor found himself tangled in a sexual misconduct allegation of his own. Now, he’s back and saying some things likely to outrage the Left.

On Monday, September 12, Cuomo engaged with Twitter followers in a back and forth about MAGA Republicans. It appears they have a new and surprising defender. The newsman criticized Democrats for inappropriately characterizing those who supported and voted for former President Donald Trump.

In August, President Joe Biden went into campaign mode ahead of the 2022 midterm election in November. He caricatured supporters of the former Commander in Chief as “MAGA Republicans. In one instance, he called them “semi-fascist.” In a primetime speech outside Independence Hall in Philadelphia, the president demonized them, saying they threatened American values and democracy. Some Democratic candidates on the campaign trail have echoed Biden’s sentiments.

On Monday, in an exclusive, CNN reported Trump told an aide he wouldn’t leave the White House because he won the 2020 presidential election. The news outfit based the report on claims made in an upcoming book written by New York Times reporter Maggie Haberman.

While Cuomo appeared unwilling to contradict the report, he asked a simple question: Do Democrats win votes attacking Trump, or should they appeal to the hopes and fears of those who voted for him? That sparked an intense debate on Twitter. In one instance, the news personality wrote in response to someone suggesting his thinking was flawed. He said he talked with numerous voters who cast ballots for the 45th president to end corruption in Washington, DC, and upend the norms of politics.

What are you talking about? It is not a theory…it is a reality I witnessed in countless intvs with voters who saw their vote as a rejection of the norm…who knew their guy was deeply flawed but he was their guy and a rejection of what they also saw as malignant in dc. https://t.co/5k4bNlhihU

In another post, the former CNN anchor said many Republicans are reasonable and employ regular rhetoric. Still, extreme labels such as racist and xenophobe gave people reason to rebel against Democrats and vote for Trump. He insinuated Biden’s caustic rhetoric could accomplish the same in 2022 and beyond.

Cuomo argued candidates using labels against Trump supporters hurt their ability to expand beyond their base. Demonization limited their outreach. When someone posted that those who support the former president castigate immigrants, black Americans, and non-Christians, the former CNN host shot back, suggesting the poster talk to people who aren’t on Twitter to get his facts straight.

Some. Not all. You are overstating and it hurts your ability to expand reach. Yang says many of this nee supporters are former trump voters. Why didnt dems get them? Maybe because you demonize all who voted for him. https://t.co/L2Ej2pOpVV

So, is there hope that the liberal media will temper itself and return to an objective center?

Let’s not get too excited just yet.