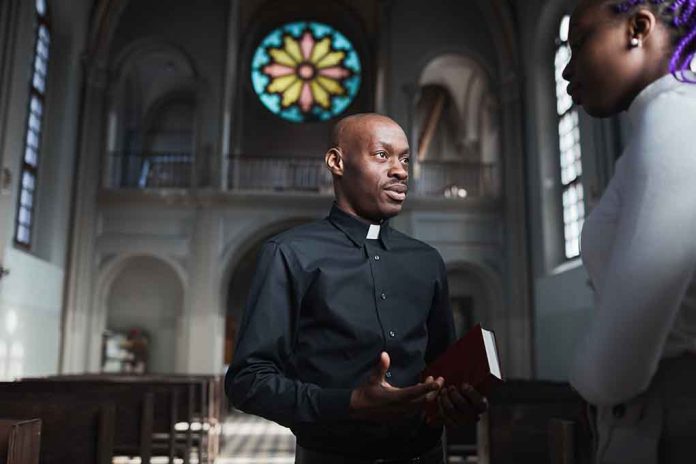 (UnitedVoice.com) – In some parts of the world, Christians are the minority population. Many of them are at risk of religious and political persecution and, in some cases, genocide at the hands of Muslim extremists. On January 19, Open Doors, which advocates on behalf of persecuted Christians, reported that in 76 countries, over 360 million Christians suffer significant persecution and discrimination for their faith. The non-governmental organization said it increased by 20 million over the last year.

Shockingly, one in seven Christians faces intense persecution for their faith. In Nigeria, the threat of violence against them from extremist groups is becoming worse, and it isn’t just Muslim groups. State actors are also getting in on the action. Most violent persecutions occur in Northern Nigeria and the Middle Belt, and the murder rate is exploding.

Over the last 20 years, Nigerian Christians have endured genocide. The country’s population is over 200 million and is almost evenly divided between Christians and Muslims. According to Open Doors, there were over 4,650 Christians murdered by Boko Haram, the Islamic State in West Africa Province (ISWAP), Fulani militants, and armed bandits in 2021. International rights group International Christian Concern (ICC) said the Fulani militants and other Muslim extremist groups are committing genocide.

CruxNow talked with Addison Parker at the ICC after a growing number of attacks against Christians in Nigeria. On March 23, around 34 Christians died in a brutal attack that left others homeless after Muslim groups burned 200 homes. Parker said the attacks leave many feeling hopeless and unable to protect their communities. Those living in Northern Nigeria and the Middle Belt are in constant fear as the number and intensity of attacks increase.

CruxNow said most of the problems are in Northern Nigeria, where the Muslim majority practices Sharia law, and in the Middle Belt, where the Christian south meets the Muslim north.

Parker said a day rarely goes by when Muslim extremist groups don’t attack Christian farmers in the Middle Belt. He said they are well equipped and coordinated.

The ICC says the assault on Nigerian Christian communities meets the UN definition of genocide. The United Nations defines genocide as “acts committed with intent to destroy, in whole or part, a national, ethnical, racial, or religious group.” Parker said that’s precisely what Muslims are doing to Christians in Nigeria.

The ICC has condemned the Nigerian government for not stopping the attacks against Christians, saying the silence is purposeful. Catholic Bishops are also now criticizing the government, led by President Muhammadu Buhari, a reverent Muslim.

Protestors are marching in the streets, demanding the government do something to stop the atrocities. Will President Buhari do anything? Christian groups say no one should count on it. The question is, will the protests increase, and will more violence follow?