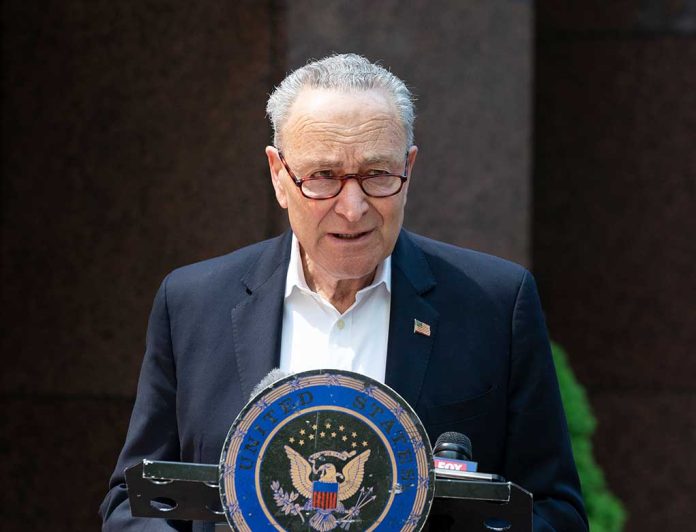 Tucker Carlson Calls Him A “Coward” On National TV

On May 17, Schumer wrote to Fox News claiming Carlson’s references to the “Great Replacement” theory had inspired Saturday’s mass shooting in Buffalo, New York, and various other atrocities. Schumer launched a rant against Carlson in the Senate the same day, repeating the same claims. He called the theory a “poison” and blamed Carlson for spreading it.

Carlson swiftly hit back, inviting Schumer to appear on his show to discuss his allegations, an invite Schumer publicly declined on Twitter.

.@TuckerCarlson invited me on his show tonight to debate the letter I sent to @FoxNews.

In response, Carlson told his audience he’d invited Schumer, but “because he is a coward, this is the only media appearance probably in history he’s turned down.”

Carlson blamed the Biden administration and its anti-COVID policies for motivating angry, alienated young people to commit mass shootings, demolishing Schumer’s claim that “the racist, dangerous ‘Replacement Theory’” was to blame. He said, “So you… lock kids out of their schools…, force them to get “educated on the internet,” but it’s someone else’s fault that they’re “alienated.” So far, Schumer hasn’t answered Carlson’s public challenge.