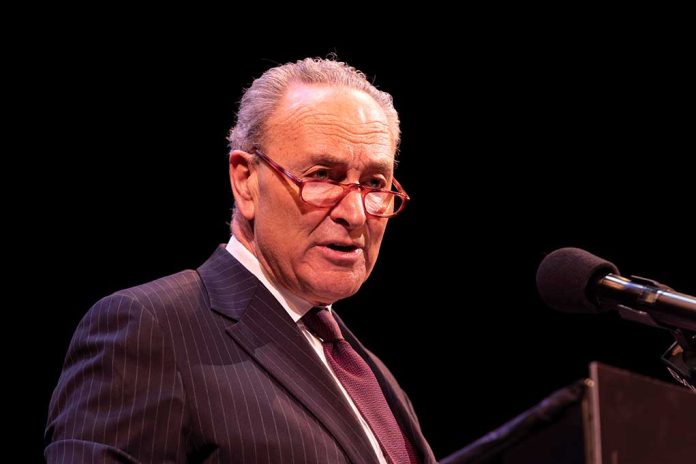 (UnitedVoice.com) – For years, Republican pundits and politicians have proposed that the Democratic party wants the votes it will likely gain If all of the undocumented immigrants in America were suddenly legal. In an 11th-hour plea to a lame-duck Congress, Senate Majority Leader Chuck Schumer (D-NY) admitted his intentions in no uncertain terms.

On November 16, Schumer stood before cameras on the grounds of the US Capitol and asked 10 Senate Republicans to join his caucus and find a path to citizenship for all DREAMers and undocumented aliens. He used the number the Left clings to — 11 million DREAMers — as the benchmark for how many he’d like to see, adding it should include “however many undocumented there are here.”

That’s strange. He previously called them ‘illegal’ and said illegal immigration is ‘wrong.’

Unfortunately, Democrats like Chuck have caved to the open borders lobby and woke mob. pic.twitter.com/Slq5P2SNrZ

Author Jeff Carlson wrote on Twitter to point out the Left’s use of the 11 million illegals statistic is an old number from a 2005 Pew Research Study. He claims the number now is closer to 40 million:

The DNC has been quoting this 11 million number of illegal immigrants since 2005, when the Pew Research Center completed a deep study.

A slew of others on the Right chimed in to let Schumer know his request was unrealistic. Rep Jim Jordan (R-OH) noted that rather than securing the border, the majority leader’s first act for the new Congress is to make it easier for those who cross illegally to stay.