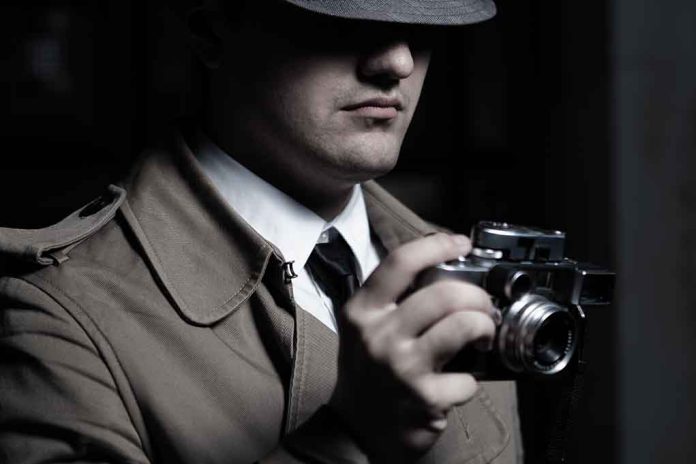 (UnitedVoice.com) – The Central Intelligence Agency (CIA) is America’s international spy organization. Much of the work it does is quiet and never revealed, and for a good reason. Sharing too much information publicly about what the CIA learns might indicate how it operates or expose its sensitive network to our enemies.

However, things are changing under new CIA Director William Burns — who’s a longtime diplomat, not a spy. He’s worked for both Democrats and Republicans and is deeply respected both in the State Department and CIA. As a former US ambassador to Russia during George W. Bush’s administration, few know Russian President Vladimir Putin better than Burns. The new CIA director has been influential in the Biden administration’s declassification of intelligence that exposed Russia’s operations in Ukraine to the world.

As Putin built up Russian forces along the Ukrainian border over the last six months, the Biden administration said Russia would provoke Ukraine through a fake act or claim that Ukraine would attack them on Russian soil. The false flag operations would open the door for Putin to begin his invasion of the country.

Burns’s aggressive declassification of Russian intelligence purposely countered any disinformation campaigns by Putin. Over the last decade, Russia mastered the art of misinformation and propaganda to confuse Western powers and drive wedges between them. Now, the US intelligence community is showing it learned how to counter Russian misinformation. The CIA believes that declassifying their intelligence on Russia’s false flag operations and going public with the information might have shamed Russia into initially backing off their plans. While Putin ultimately did invade Ukraine, the US’s revelations did have other benefits. Among them was the disruption of Putin’s messaging and possibly his endgame.

For one, the declassification of Russia’s red flag operations tipped off Ukraine so that its military would be more disciplined and not take Russia’s bait. Putin lost the international argument that Ukraine was to blame for a military escalation before it ever started. Additionally, the US government’s public declarations caught Russian officials off guard — and in any form of warfare, the element of surprise is gold. Some suggest that the Russians are worried they have a mole in their camp, possibly creating paranoia and mistrust inside Putin’s inner circle.

Burns Is the Perfect Person for the Job

Burns recently told the Senate Intelligence Committee that the US lost too many information wars with Russia in his many years as a career diplomat. By declassifying the CIA’s knowledge of Russia’s red flag operations, Burn’s said it disrupted Putin’s tactics and exposed to the world that his attack on Ukraine was unprovoked aggression built on false narratives and lies.

Those who have worked with Burns over the years say that his soft-spoken and thoughtful demeanor make him the perfect fit as the CIA director while America navigates the tricky waters of helping Ukraine while avoiding a broader war with Russia at the same time. Former Polish Ambassador Daniel Fred said Burns knew Putin during the Bush administration while relations between the US and Russia weren’t as strained. The ambassador added that Burns’ in-depth knowledge of Russia and Putin is extensive.

In an October speech at Stanford University, the CIA director said his colleagues of 35 years working in intelligence and their insights made him a better diplomat, negotiator, and policymaker. Inversely, Burns said he hoped that his time as a diplomat would make him a better CIA director.

Time will tell, but Burns is off to a good start.