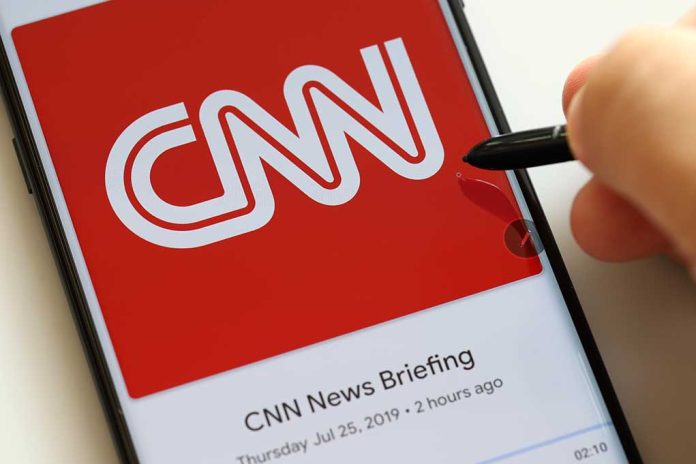 CNN Warns SCOTUS May End Gun Control in the US

(UnitedVoice.com) – Former President Donald Trump accomplished one very important goal while he was in office: reshaping the Supreme Court. The 45th POTUS appointed and the Senate confirmed three Justices to the High Court, cementing its conservative majority.

The new Court has made its position on important issues clear, and one of them is gun control. The Justices overturned a century-old New York gun law in the last session. The decision shocked and angered the anti-Second Amendment crowd. The Court recently sent a Massachusetts law back to the lower court. A CNN host now believes the High Court will end all gun control in the US.

On October 9, CNN’s Tierney Sneed warned that the Supreme Court could reverse all of America’s gun control laws with its far-reaching ruling in New York State Rifle & Pistol Assn., Inc. v. Bruen, which struck down a 100-year-old New York law requiring residents to show “proper cause” before they could receive a concealed carry permit. Justice Clarence Thomas wrote that the Second Amendment’s right to bear arms isn’t a “second-class right” that is “subject to an entirely different body of rules.”

Sneed pointed to “a half dozen cases,” citing the Bruen ruling as a reason to strike down gun restrictions, including bans on teenagers carrying handguns, prohibitions on ghost guns, and other issues.

The host is correct in that the ruling has reverberated across the United States and led to significant challenges against laws restricting firearms.

The new session of the Supreme Court began in October, and one of the Justices’ first acts was to vacate a lower court ruling upholding a Massachusetts law. Morin v. Lyver involved a state law imposing a lifetime gun ban on anyone convicted of nonviolent misdemeanors. The law conflicted with the Bruen ruling, according to the High Court.

A federal judge in West Virginia recently issued a ruling that could make another significant change to gun laws if the Supreme Court upholds it. On October 12, Judge Joseph Goodwin invalidated a portion of a federal law banning people from possessing guns from which serial numbers were altered or removed.

In his ruling, the judge stated, “Firearms with no serial number are just as ‘bearable’ as the same firearm with a serial number.”

It’s unclear whether the SCOTUS intends to overturn all of the gun laws in the country, but it’s obvious that the ruling last session will continue to reverberate for years to come.