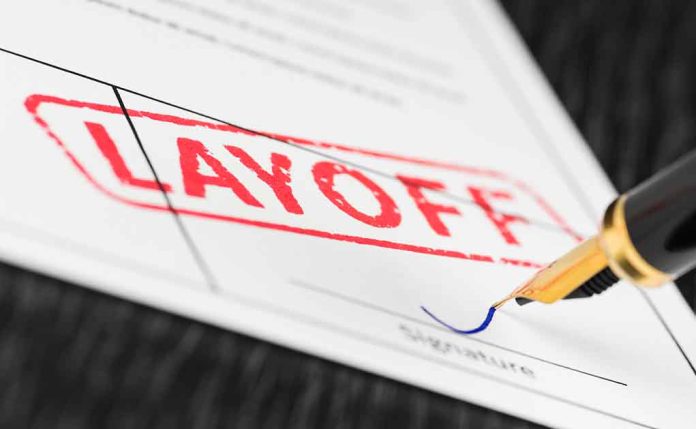 Mass LAYOFFS Coming – The Purge is About to Begin

(UnitedVoice.com) – In May 2021, Discovery, Inc. proposed a $43-billion buyout of WarnerMedia from AT&T. The companies completed the massive deal on Friday, April 8, creating a new media giant. The two companies finished the merger ahead of schedule. Many wondered what the new organization’s future would be like under CEO David Zaslav. The picture is becoming clear as CNN’s parent company plans to cut significant expenses from the bottom line, much of it through eliminating duplication and layoffs.

Deadline reported the new leadership plans to clean house. At a minimum, it’s looking for $3 billion of savings, but it could cut as much as $5 billion. Out of the gate, Zaslav nixed CNN+ just as it started, and the programming across the board may see revitalization. Still, that’s a small change. Several Warner Bros. studio executives are already out, and mass layoffs are rumored to begin any day now.

Company officials say they plan to turn the mega-business into a powerhouse. They expect it to rival Netflix and Disney by putting numerous entities under one roof, including DC Comics, Turner, Discovery Channel, and CNN. Still, the challenges for the new leadership are immense. One senior Warner employee told Deadline they have never seen an executive gut a business like this. Those who have worked with Zaslav in the past say he trimmed the fat at Discovery 15 years ago and plans to do it again.

Management hopes the majority of staff cuts conclude by Thanksgiving. Thousands of employees could lose their jobs. Most high-profile eliminations are likely to come among content teams. TNT, TBS, and truTV shows are already under review. Some say less expensive reality shows and scripted series will likely replace expensive original programming. Many of the layoffs will eliminate duplication due to the merger.

There are also many questions about the future of HBO Max, which spends significant money on original programming. Its reality-based show “FBoy Island” costs $1.5 million to $2 million per hour to create, up to four times what traditional programming costs. Some suggest the streaming platform could merge with Discovery+ under one umbrella. Officials have not stated whether that plan exists. HBO Max remains “business as usual” ahead of the premiere of “The Game of Thrones” spinoff “House of Dragon.”

What Does the Shakeup Mean for CNN?

Over the last several decades, Cable News Network transitioned from delivering fact-based information to an opinion-based format. It was an attempt to keep up with Fox News and MSNBC. In May 2021, Zaslav said the new company would keep CNN and lean heavily into the news. CNN chief media correspondent Brian Stelter said management told him they would honor the left-wing outlet’s independence. Additionally, he said the executives committed to providing the brand with “the greatest editorial integrity.”

So, could the new media giant move the news outlet from the Left and towards the center? Will CNN abandon its opinion talk platform and give it to viewers straight?