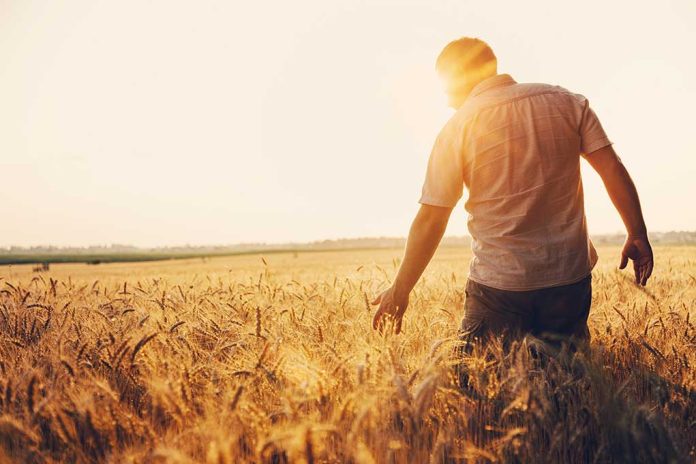 (UnitedVoice.com) – China has been making moves to control farmland in America. At the beginning of 2020, Chinese investors controlled 192,000 acres of agricultural land, worth nearly $2 billion. The land is used for ranching, farming and forestry. A bipartisan group of lawmakers is now trying to curb the influence of these investors.

Over the last decade, China has been snapping up American farmland, amassing ~192,000 acres worth $1.9B.

“The current trend in the U.S. is leading us toward the creation of a Chinese-owned agricultural land monopoly."https://t.co/KLeNdmxZgL pic.twitter.com/rlrixJJcjT

On July 14, former Vice President Mike Pence warned the US could not allow the Chinese to control its food supply. That’s exactly what lawmakers are trying to prevent. The House Appropriations Committee recently adopted an amendment to the Agriculture-FDA spending bill (H.R. 4356 (117)) introduced by Rep. Dan Newhouse (R-WA). The measure would block new agricultural purchases by companies owned by the Chinese government. It would also prevent Chinese-owned farms from receiving federal aid.

I don’t think there is any doubt that our biggest strategic adversary moving into the 21st Century is China.

I support these efforts to prevent the Chinese Communist Party from taking advantage of American taxpayer dollars.https://t.co/KyiRjcSuTp

Some lawmakers want the amendment to include investors from other countries as well. According to Politico, foreigners held interests in more than 35 million acres of land at the end of 2019. The provision is one of the few policies lawmakers from both sides of the aisle agree on. It hasn’t passed the full body yet, but the provision will likely make it to a full vote because of bipartisan support.