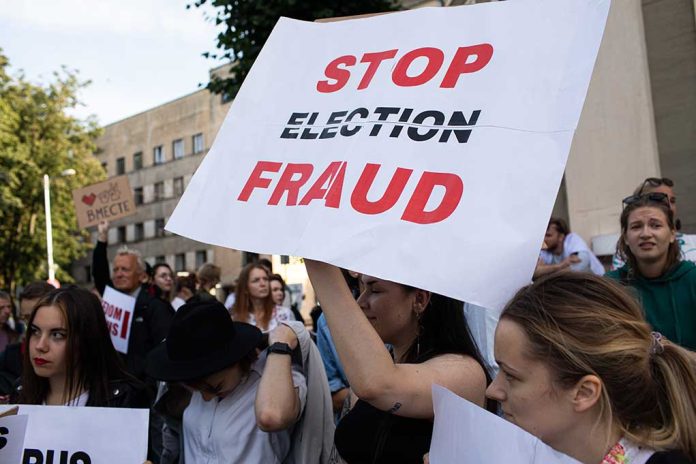 (UnitedVoice.com) – For nearly a year, Democrats initiated a scheme to undermine elections and influence outcomes in their favor. They alleged that popular voter ID rules, rolling back ballot drop boxes, and eliminating 24-hour drive-through voting amounted to voter suppression against minority groups. President Biden and congressional Democrats dogged anyone as racist who wasn’t in favor of their radical four-time failed voter laws.

On January 14, Sens. Kyrsten Sinema (D-AZ) and Joe Manchin (D-WV) killed a Democratic attempt to alter the filibuster to pass their reckless voting rule changes. Reeling from the disappointment, Democrats are trying to salvage their latest defeat, but without an option, their partisan election rule reforms are doomed to fail again. However, a bipartisan group of Senators has assembled to consider updating an outdated law that seeks to solve a real problem.

The Democrat’s failed election rules proposals were solutions in search of a problem, but Constitutional scholars have identified a real problem needing a fix. Non-partisan groups say how Congress functions in certifying the Electoral College is outdated. Since 2000, members of Congress on both sides of the aisle have chosen to vote against the Electoral College results over questions of election integrity.

Many Constitutional scholars have argued the Electoral Count Act is archaic and confusing. They say it leads to unnecessary disputes and was at the core of what empowered the January 6, 2021 riot. The fact is, for better or worse, the lack of a clearly defined set of rules to certify the Electoral College put Vice President Mike Pence in an awkward position. Pence believed he had an obligation to uphold the Electoral College outcome regardless of his personal feelings about the results.

President Trump and many of his supporters felt the absence of specific rules would have allowed Pence to not certify the election. That would have allowed time for Congress and legal authorities to investigate allegations that several Democratic states had broken election laws amid the pandemic and voter fraud occurred. It would have put into question the integrity of the vote in numerous states.

The mechanism behind the chaos was a 135-year-old law known as the Electoral Count Act.

What Is the Electoral Count Act?

In 1877, Congress faced a crisis regarding counting Electoral College votes from four states. The Constitution declares Congress must count all electoral votes, but it doesn’t specify how to decide between competing votes or questions about voter integrity. On January 29, 1877, President Grant signed the Electoral Commission Act to break the logjam. If a state sent multiple electoral slates to Congress, the commission would decide which were lawful to count in a contested election. The Commission ultimately determined Republican Rutherford B. Hayes was the winner of the 1876 presidential election.

In 1887, Congress passed the Electoral Count Act to answer questions the commission had in several elections after 1877. In particular, the new law defined the process regarding objections to Electoral College votes during a joint session of Congress when lawmakers count the electoral votes and certify the presidential election. On January 6, lawmakers followed that process, and it exposed flaws in how Congress certified the 2020 presidential election.

Currently, 16 bipartisan Senators are focusing on making it more challenging, but not impossible, for senators to object to certifying a presidential election. They also seek to clarify that the vice president cannot overturn an election unilaterally. Additionally, Congress may bring back the Election Assistance Commission to help resolve election disputes ahead of Congress certifying a presidential election.

Some believe if these principles had been in place on January 6, it would have lowered temperatures and possibly reduced the likelihood of a violent riot by passionate Americans who felt the government wasn’t listening to their voices. If Congress reauthorizes the Election Assistance Commission, it may help voters feel they have a voice and a clearer understanding of the process of certifying a presidential election. Of course, the devil is in the details, as these are just broad discussions at this point.

Senate Minority Leader Mitch McConnell (R-KY) supports the ideas. While still reeling from previous legislative defeats, Senate Majority Leader Chuck Schumer’s (D-NY) office says he’s not opposed, but he wants to see more details. If the Senate comes to a bipartisan solution, that may be a good thing because Americans are weary of the extreme partisanship.

Perhaps this time, Democrats and Republicans will work together to do something good for the nation?