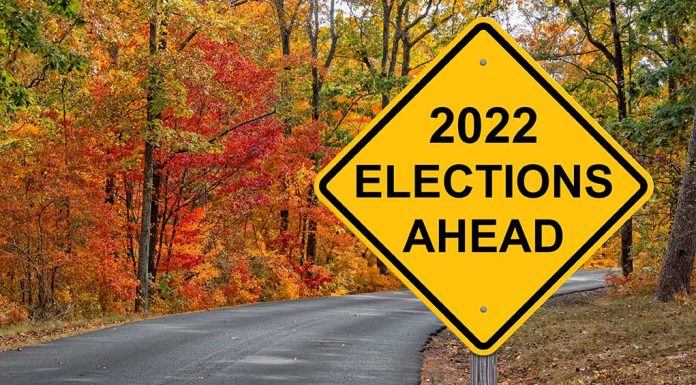 According to one data expert, the numbers aren’t there for any Republican candidate in California. Despite that reality, Newsom ran as if he would lose when a few polls suggested the race was tighter than it showed on election day. Oddly enough, the embattled governor didn’t run on his record. Instead, he ran a national anti-Trump campaign. Democrats across the country were watching, and it’s a safe bet they will run on a similar refrain in 2022. However, will the “California Trap” work?

Newsom’s Campaign Strategy – Is It a Winner Nationally?

Data expert Robb Korinke crunched the numbers and determined there was no path for Republican candidate Larry Elder to defeat Newsom.

Enough with the nonsense, the Newsom Recall is going to fail by 10 points or more. Here's some reality and simple math.

Korinke pointed out approximately 24% of California voters are Republicans. Assuming every Republican voted, how will the GOP get 26% more voters if half of the independent voters favor Democrats and one-third favor the GOP? Now, how many Democrats will vote for a Republican? Based on that empirical data alone, it’s not enough to put a statewide Republican over the top.

Yet, Newsom ran as if his political life was over. Interestingly enough, he stayed away from the issues in California. He didn’t talk about solving the homeless crisis, exploding crime, rolling energy blackouts, raging fires, or his failed handling of the COVID-19 pandemic that got him on the recall ballot in the first place.

Instead, Newsom brought in President Biden, Vice President Harris, and other far-Left politicians from across the country. Together, they blasted Larry Elder as the second coming of Donald Trump. That was their message in a nutshell. If you don’t want Donald Trump in California, don’t vote for the other guy. In deep-blue California, where Democrats loathe Trump, that worked to shield Newsom from his record. The governor was disciplined and relentless in his message.

Amazingly, Californians fell for it.

The Trap Is Set

While the anti-Trump message may work in California, it likely won’t work in moderate Democratic districts across America. In 2020, Republicans defended all their seats successfully and defeated 13 Moderate incumbent Democrats to hand House Speaker Nancy Pelosi (D-CA) the smallest majority in nearly a century. The GOP victories weren’t supposed to happen. Instead, Republicans were supposed to lose seats.

As the Democratic party shifts farther left, dozens of moderate Democrats face challenging races in the 2022 midterms after they warned the party last November it could lose in 2022. In June, the National Republican Congressional Committee announced they were targeting 47 vulnerable Democrats. Joe Biden compounds their problem. His approval ratings are dropping like a rock, and the party has moved so far left, it’s becoming unrecognizable to many Americans.

How will Democrats respond? They will likely ignore their record in Congress and instead focus on labeling their Republican opponents as caricatures of Donald Trump. It worked for Newsom. Some Democrats are surely banking on the ploy working for them, as well.

However, Moderates could be in serious trouble if:

Those aren’t Trump issues. They’re bad results driven by dreadful Democratic policies, and the key will be Republican responses in a real election atmosphere with serious debates. If they talk about the issues, the GOP only needs to win five seats to wrestle the House back from Democrats and one to overtake the Senate.

Republicans control the majority of state legislatures, and redistricting is underway. Even though they aren’t currently the party in power, they’ve made historic gains. Next year could be a good year for Republicans.

If incumbent Democrats try to employ the California trap, it could be an even better year.