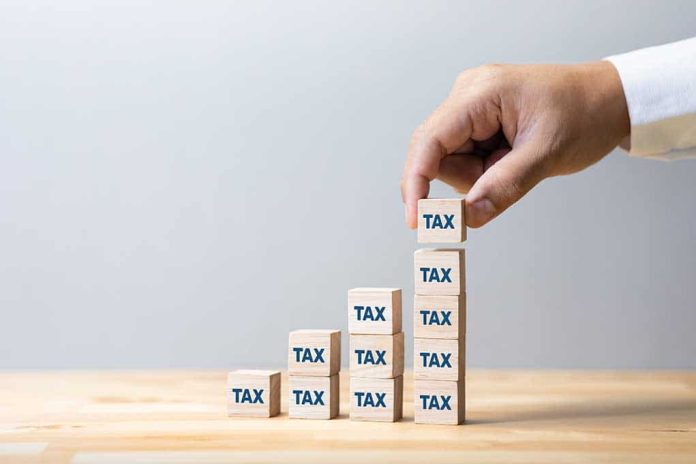 (UnitedVoice.com) – In 2009, former President Barack Obama arrogantly, but rightly, stated elections have consequences. In 2020, the consequences couldn’t have been higher for America. During the 2020 presidential election, the then-Democratic candidate looked into the television and promised every voter to raise taxes. However, Biden said not a single penny would rise on working-class Americans. He was right on the first account and wrong on the last.

According to the Treasury Department, Congress passed 21 major tax bills from 1940 to 2012 that raised federal tax revenues. Biden’s tax plan to pay for his massive $3.5 trillion reconciliation package is to raise revenues by 1.41% of the Gross Domestic Product from 2021 to 2024, making it the biggest tax increase since 1968. If the partisan bill passes as proposed, and that’s questionable, Americans at all income levels will pay Uncle Sam thanks to a broken promise.

Did Biden Lie to America?

If Biden and Congressional Democrats have any say in the matter, the huge partisan “human” infrastructure bill will pass. The sad part of the story isn’t about the tax increase, as disappointing as it is to many. The worst part is the lie. Despite Biden’s promise, the rich aren’t the only ones who will pay. The proposal will raise taxes on small businesses and working families, too.

It sounds good to suggest corporations should “pay their fair share,” but it’s another catchy misnomer instead of a fact. In 2017, Republicans reduced corporate taxes to 21%. The result was a boom in employment and increased wages from the bottom up. Companies gave workers bonuses from the tax savings that year. It’s foolish to suggest corporations pay the taxes. Ultimately, workers and consumers pay for it.

Higher corporate taxes almost universally result in lost jobs and lower wages. In 2017, the Tax Foundation discovered 70% of workers bear the corporate tax burden. The proof was demonstrated from 2017 to 2020, as mentioned above, but that’s not all.

Families also pay for the corporate tax through increased prices on goods and services. In 2021, trillions of dollars in government spending propelled inflation to significant highs resulting in an already hidden tax. Higher prices mean more money for the Treasury Department. A corporate tax would force inflation even higher as companies raise prices to sustain government greed. In 2020, a National Bureau of Economic Research study determined 31% of corporate taxes fall on consumers.

Let’s look at one more broken promise. Democrats are proposing a national plastic tax, seeking to impose a $.20 per pound fee on what’s called “virgin plastic.” It’s an essential material used in medical equipment, clothes, toys, and thousands of household products. According to Americans for Tax Reform president, Grover Norquist, it would be a tax on every middle-income American “50 times a day.”

According to the Americans for Tax Reform, Biden’s 28% corporate tax increase would surpass China’s 25% corporate tax, once again incentivizing American companies to move their businesses out of the United States. Did Democrats learn nothing during the pandemic? America’s supply chain was crippled and is still struggling to catch up to consumer demand, causing some of the inflation pain consumers still feel today.

So, the problems compound under this legislation. Raise taxes, inflation, and force American companies into reliance on China.

How is that building back better?