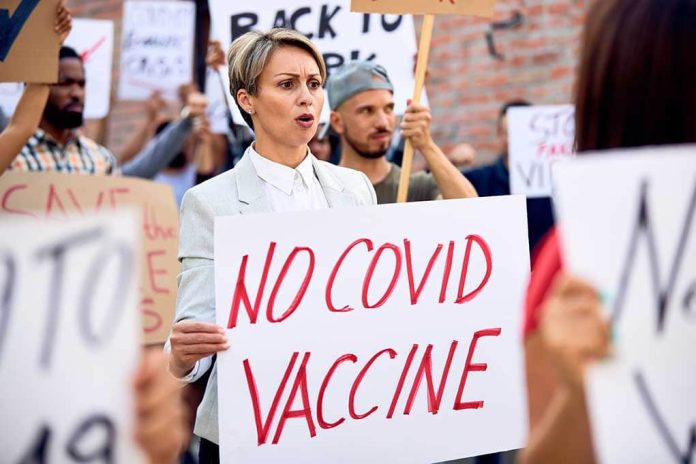 (UnitedVoice.com) – In the late spring, numerous medical facilities and hospitals declared a vaccination mandate as a condition of employment. In recent weeks, thousands of people who served on the front lines of the pandemic in 2020 lost their jobs because they refused to vaccinate. In August, President Joe Biden issued an order to the Occupational Safety and Health Administration (OSHA) requiring companies with over 100 employees to mandate vaccines as a condition of employment.

Some workers believed so strongly against the government and business mandates that they went to court. Some of their arguments are interesting, and others are a stretch. Still, the courts must set precedents as the issue is certain to end up at the US Supreme Court sometime within the next year. How the High Court views the arguments will go a long way towards determining whether the mandates are constitutional.

Two cases demonstrate how attorneys plan to attack the mandates in court. On August 25, the New York State Department of Health issued an emergency regulation requiring all healthcare workers to be vaccinated by September 27 or lose their jobs. On September 14, the Thomas More Society filed a federal lawsuit on behalf of 17 religious workers. The workers allege discrimination because of their religious beliefs. On Tuesday, October 12, US District Judge David Hurd agreed with the plaintiffs. He placed a temporary injunction on the state and healthcare systems, preventing them from firing workers because they refuse vaccines due to religious beliefs.

The judge stated that the state mandate violated the plaintiffs’ freedom of religion and protected status because employers failed to offer a religious accommodation. He added that an appeal would be appropriate due to the significance of the case and the decision.

Attorneys for the Thomas More Society said that workers could not be treated as “disease-carrying villains and kicked to the curb” by the state bureaucracy.

In Lancaster, Pennsylvania, a group of hospital workers are suing a private hospital system. They argue the hospital’s vaccination mandate violates their civil rights according to the First and Fourteenth Amendments. Here’s how their argument breaks down:

The challenge to the Biden administration’s vaccine mandate may have a good chance of success. However, the hospital instituted the policy last summer, well before Biden announced the order. Businesses have a lot of leeway that governments don’t. If the plaintiffs can make the case that the government coerced businesses to act, there may be a case. Otherwise, business-dictated mandates could be difficult to overturn.

It could take months or even a year to settle the matter of vaccine mandates as these cases work their way through the court system. By then, it’s possible that the government and businesses could severely damage the US economy. If they force millions of workers out of their jobs, it would negatively affect the labor market. That would affect healthcare services, manufacturing, retail goods, and everything else the economy touches. Approximately 30% of vaccine-qualified Americans are not vaccinated. That’s nearly 80 million people. The repercussions could be as severe as the pandemic itself.

Stay tuned. A lot is riding on the courts.