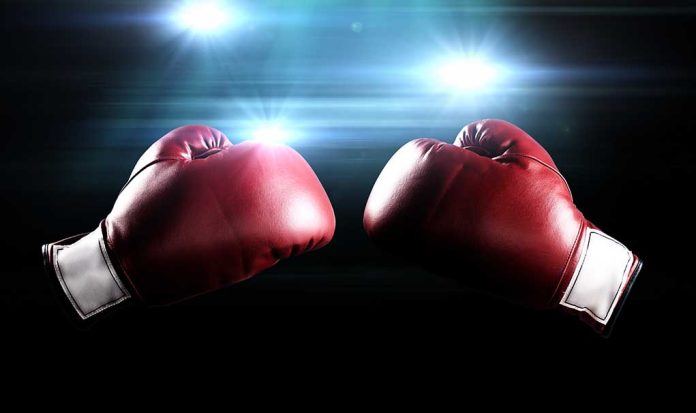 (UnitedVoice.com) – In 2018, then Rep. Ron DeSantis (R-FL) seemed to come out of nowhere on the national level. He was articulate, smart, and embraced President Donald Trump and the America First policies. Trump heartily endorsed DeSantis when he ran for governor that year. Over the last four years, the two men appeared as allies with a single cause to defeat Democrats and Make America Great Again.

Recently, there seems to be a shift in tone between the two men. The media is painting a picture of a war brewing. DeSantis is running for re-election, but unlike many potential GOP presidential candidates, he won’t say if he’ll defer to Trump if the former president decides to make a run at the Republican presidential nomination again in 2024. Is Trump unhappy about it? Who wouldn’t be in that situation?

Media Appears to Be Pitting the Two Against Each Other

Let’s face it; if Trump and DeSantis go to war, it hurts the Republican Party. So, is it beneficial to the liberal media to hype up a political conflict between the two titans ahead of the GOP primaries and the 2022 midterm elections?

Over the last two months, the media has said Donald Trump complained about DeSantis’ political rise behind the scenes. In many regards, the Florida governor is leading Republicans as he shows them how to combat media and Democratic narratives surrounding COVID-19. As a result, DeSantis’ popularity and political stature continue to grow significantly among GOP voters.

The question is, does Trump perceive DeSantis as a threat should he decide to run in 2024?

Not known to back down from a fight, Trump isn’t saying anything about DeSantis either directly or indirectly in public. The media says Trump took a swipe at DeSantis, but did he? All Trump said was if a politician receives a COVID vaccine or a booster, they should say so. DeSantis hasn’t said anything about his vaccination status. Instead, he talks about keeping Florida free and clear of woke pandemic politics and following the state and US constitutions. That’s a winning message for DeSantis.

Still, the media claims DeSantis took an indirect swipe at Trump recently. He said he wished he spoke up louder in March 2020 when the president urged people to stay home to stop the spread of COVID-19. Still, the governor said he was blaming people like his nemesis, Dr. Anthony Fauci, for his advice to Trump in the early days of the pandemic, not Trump himself.

To this point, the conflict between the two men is all media rumors. Could they be true? Of course they could. Some Republican strategists even believe it’s likely, suggesting Trump is picking a fight too early and unnecessarily. Yet, Trump has always been the guy who tries to brand others before they can brand him. He was highly successful at that in the 2016 Republican primaries.

Still, it’s not clear that’s what’s going on at all.

DeSantis in the Middle of Governor’s Race

DeSantis is currently kicking off his re-election campaign for governor. While he won’t say one way or another if he’ll seek the presidency in 2024, it’s not the time or place to make any comments or lay any groundwork for a presidential run. It’s hard enough to run for one office. It’s even more difficult to convince voters to cast a ballot if one is running for two.

DeSantis may be leaving well enough alone, for now, leaving all doors open until he needs to close them. In a recent interview, the media asked DeSantis about his relationship with Trump and if it had soured. The governor said he wasn’t taking the bait from the liberal media. He said he knows what they are doing, and instead of allowing them to define the 2022 elections, he’s working to unite the party ahead of a big red wave this November.

DeSantis added the only fight of interest was the defeat of the Left in November.

So, it sounds more like the media concocted more noise than anything else. However, have no doubts, if the two men run in the GOP primary in 2023, it will cause ripples. Then things will get interesting.