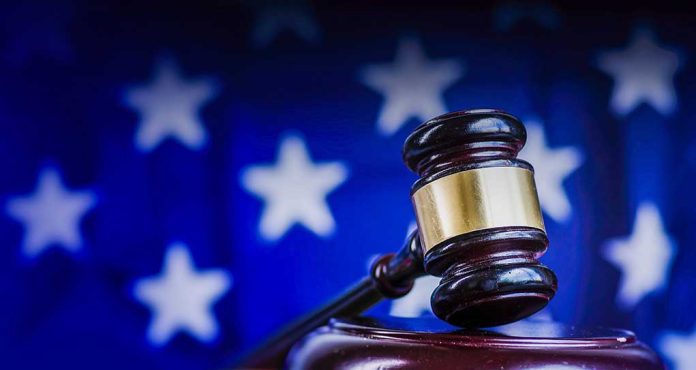 (UnitedVoice.com) – For nearly a year, Democratic activist groups have worked to disqualify Republicans they deem offensive from running for re-election. The left-wing activists concentrated their efforts on conservative Republicans who supported former President Donald Trump’s assertion that the 2020 presidential election was littered with fraud and were somehow complicit in the January 6, 2021, riot on Capitol Hill. Many political analysts questioned the validity of the attempts to keep elected officials off the ballot, and it appears their assertions had merit.

For the third time in several months, a court ruled only Congress has the power to keep someone out of Congress. Democratic activist groups attempted to use the Civil War era 14th Amendment to keep certain Conservatives off the ballot heading into the 2022 midterm election primaries. On Monday, May 9, the Arizona Supreme Court ruled two GOP congressmen and one state representative will remain on the November ballot.

In a four-page ruling, the Arizona Supreme Court upheld a lower court ruling, saying no one but voters or Congress had the power to disqualify someone from running for elected office. Eleven Arizona citizens represented by the lawyers with Free Speech for People (FSP) sued to keep US Reps. Paul Gosar (R-AZ), Andy Biggs (R-AZ), and state Rep. Mark Finchem (R) from appearing on the ballot over allegations they participated in a rebellion and insurrection on January 6 on Capitol Hill.

They say the three Republicans violated the 14th Amendment of the US Constitution, which was ratified in 1866 in the wake of the Civil War, to punish members of the Confederacy by not allowing them to serve in public office for their open rebellion during the war.

The Arizona high court said the 14th Amendment, Section 5, expressly delegated the authority to Congress to create the means to enforce the Disqualification Clause. To remove someone from Congress, Article 1, Section 5 requires a two-thirds vote in both the House and Senate. Neither chamber of Congress has that much support to remove any members of Congress up for re-election, and they cannot prevent them from running for office.

Therefore, the ultimate decider of any elected official’s fate is up to the voters.

Not only did Democrats lose their appeal in Arizona, but they also lost similar legal arguments in Georgia and North Carolina. On Friday, May 6, a judge ruled against Free Speech for People saying that Rep. Marjorie Taylor Greene (R-GA) was eligible to run for re-election in Georgia and found no evidence she was involved in the Capitol Hill riot.

In March, activists attempted to stop Rep. Madison Cawthorne (R-NC) from running for re-election in North Carolina. A federal judge ruled the 14th Amendment only provided Congress the means to remove members for involving themselves in an insurrection or rebellion. Still, the judge took it one step further and said the Amnesty Act of 1872 absolved all Civil War insurrectionists and that it also pertained to past and future insurrections so long as the law remained on the books.

So, in three instances, Democrats failed to make the case that GOP representatives participated in an insurrection, and Congress won’t have the votes to remove them. It appears this issue is over, and the voters will have their say in who represents them.