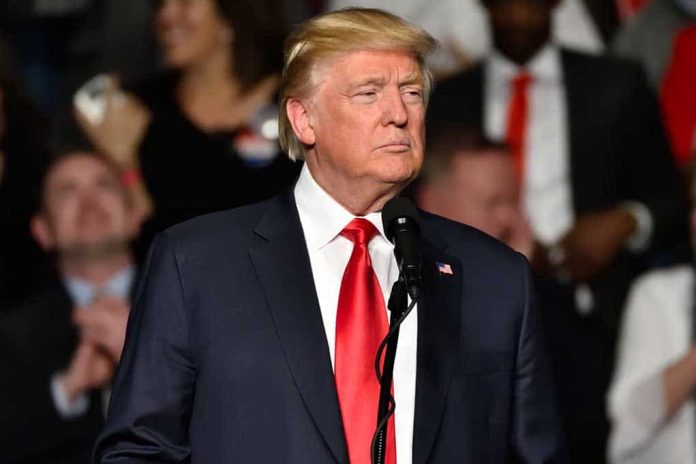 (UnitedVoice.com) – The 2021 Conservative Political Action Conference (CPAC) took place in Dallas last weekend. The three-day conference, which began on July 9, was packed with popular GOP speakers and events. Over the course of the weekend, attendees even took a poll revealing who they would like to see run for president in 2024 — and it was no surprise who they chose.

According to the results of the straw poll, 70% of Conservatives at the event want to see former President Donald Trump run again. The only other candidate to break more than 1% when the 45th POTUS was in the poll was Florida Governor Ron DeSantis, who received 21% of the vote. Trump thanked the crowd for their “incredible support” during a speech a few minutes after CPAC announced the results of the poll.

The CPAC Dallas Republican presidential straw poll had Trump at 70 percent, DeSantis at 21 percent, and the rest at 1 percent pic.twitter.com/U5djp3qNSh

CPAC also took a poll to find out who attendees would vote for if former President Trump was not in the lineup. A whopping 68% named DeSantis as their top choice. Pompeo came in second with 5% of the vote.

CPAC straw poll once again has FL Gov Ron DeSantis as the favorite among conservative attendees here if Trump doesn’t run in 2024.

The 2024 presidential election is more than three years away, but Republicans clearly have their favorites already chosen. Although a lot can happen between now and then, it’s clear Trump and DeSantis are the most popular members of the party. Who knows, maybe GOP voters will get lucky and the men will run together on the same ticket.