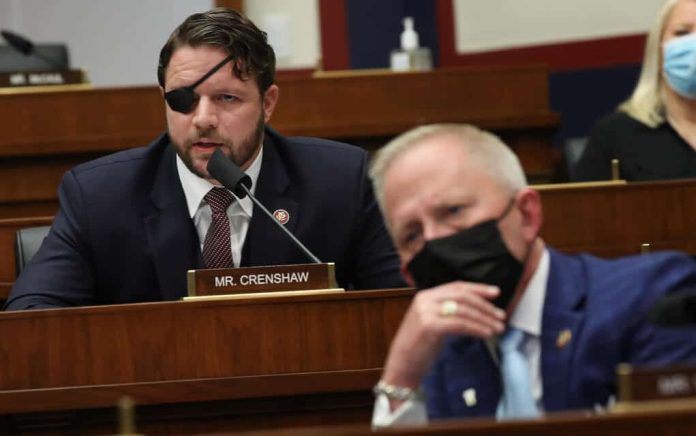 (UnitedVoice.com) – It’s been apparent for a long time that there is a double standard regarding what the media reports. There was no denying it when news organizations refused to investigate the Hunter Biden scandal before the election because they claimed there was no proof but had no issue broadcasting the baseless Russia accusations for years. Rep. Dan Crenshaw (R-TX) recently spoke out against journalists who aren’t doing their jobs.

On Monday, December 14, Crenshaw slammed the “infuriating, corrupt, and disgusting” media. He said they kept the Hunter Biden story “under wraps” because they were afraid it would impact the election. The representative also accused the press of having no interest in digging into Rep. Eric Swalwell’s (D-CA) Chinese spy scandal. The media, however, had no issue with dragging President Trump through the mud for four years regarding his alleged and unfounded collusion with Russia.

When it comes to Chinese infiltration of our government and espionage, Democrats are strangely silent.

It’s time Democrats speak up and speak out against China.
https://t.co/OTorsTP1Lm

The mainstream media’s apparent contempt for Republicans makes it difficult to ensure the American people are informed. Democrats are in an echo chamber, in large part because they sift information they consume through a Liberal filter. If we can’t all agree on the same set of facts, how is the country supposed to move forward?