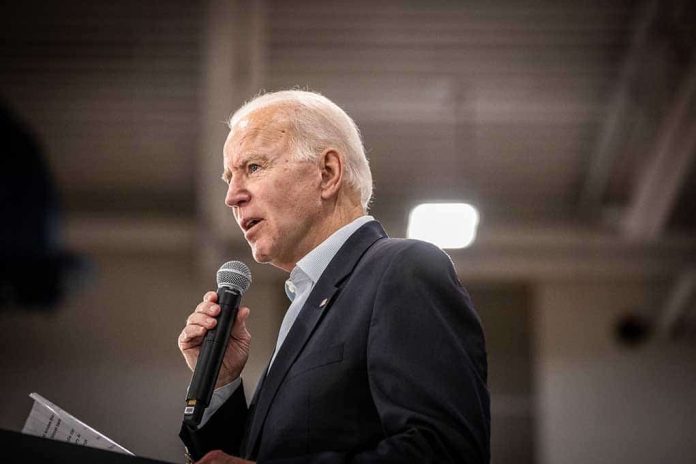 (UnitedVoice.com) – The second week of May hasn’t been great for Joe Biden’s administration. The West Bank is in turmoil as Israel and the Palestinians engage in one of the worst conflicts between the two in years. Meanwhile, back home, the largest pipeline in America was hit by a ransomware attack. Millions of employers are having difficulty finding people to fill jobs. And, of course, the border crisis is still raging.

How is the White House handling it all? Many would argue, not very well.

Dozens have died in the conflict between Israel and Hamas forces in recent days. Hundreds more people have been injured. The skirmish started when terrorists from Hamas fired rockets into Israel. The Jewish state responded with force and bombed areas where they believed the terrorists were on the West Bank.

Palestinians also attacked Israeli officers. When a reporter asked White House Press Secretary Jen Psaki about it on May 11, she said all of the right things about President Joe Biden standing with Israel and wanting the conflict to end; but then she also blamed the US ally for the conflict in a roundabout way. Psaki said the administration has “spoken candidly with Israeli officials about how evictions of Palestinian families…work against our common interests in achieving a solution to the conflict.”

Her comments made it clear that the Biden administration is not completely supporting Israel.

The Colonial pipeline hack caused a partial shutdown of the largest fuel supply line in the country. It impacted more than a dozen states and the District of Columbia. Although it was clear from the onset that it would cause gas shortages, the Biden administration played it down. Florida Governor Ron DeSantis (R) slammed the president for his response and told him he needed to take it more seriously. Fortunately, the pipeline is back in service, and the shortages aren’t expected to last much longer.

Republicans want to put an end to the enhanced unemployment checks Americans are receiving. They believe the extra $300-per-week is making it harder for employers to fill jobs. Senate Majority Leader Mitch McConnell (R-KY) condemned the administration’s COVID-19 relief package for slowing the economic recovery. The president still has not outlined a plan to help those who are struggling to fill jobs.

Finally, the border crisis is in its fourth month, and the administration doesn’t seem any closer to ending it. Vice President Kamala Harris still has not visited the border. She hasn’t held any press conferences to update the American people, either. Like the other crises, it seems leadership from the White House is nonexistent.

Hopefully, the American people aren’t faced with another week like this one any time soon. It’s exhausting and frightening. It’s easy to understand why so many people miss former President Donald Trump.