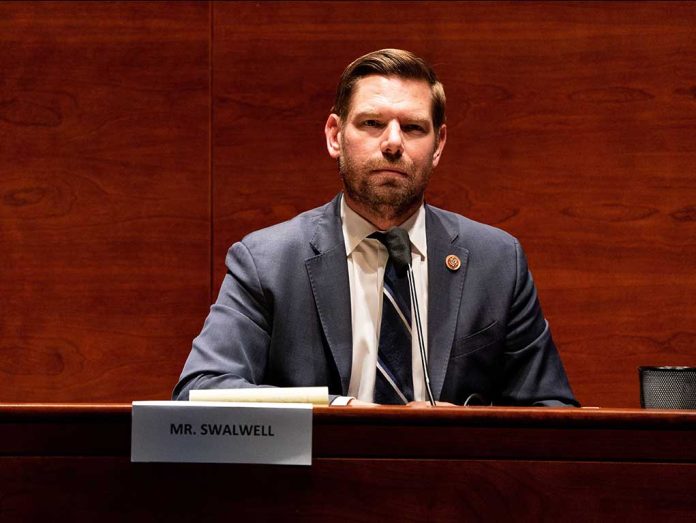 (UnitedVoice.com) – The NFL playoffs are underway, and soon football fans will know who is going to the Super Bowl. This weekend, the Dallas Cowboys will face off against the San Francisco 49ers. When a Democratic lawmaker wagered a bet against a Republican ahead of the game, it went very poorly.

On January 17, Rep. Eric Swalwell (D-CA) offered Sen. Ted Cruz (R-TX) a friendly wager ahead of the game. He told the Texas senator that if the 49ers lost, he would give up tweeting for the rest of January. On the other hand, if the Cowboys lost, Cruz would have to be the one to forego the use of social media platforms for the rest of the month. The Republican senator didn’t like the terms of the bet, so he sarcastically responded, ”How about we bet a Chinese dinner instead?”

How about we bet a Chinese dinner instead? https://t.co/7sSk1jwiGl

Conservatives congratulated Cruz for the hilarious retort, calling him a savage and laughing at the response. That’s because the GOP lawmaker was joking about Swalwell’s previous alleged personal relationship with a Chinese spy.

In 2020, Axios revealed a Chinese spy named Christine Fang had launched a campaign to get close to California lawmakers over several years. From 2011 to 2015, she formed bonds with officials across the state, including Swalwell. In 2014, she participated in fundraising activities for his re-election campaign. The congressman reportedly knew she was raising campaign funds for him.

According to sources, Fang was allegedly able to plant an intern in his office. The FBI investigated the woman’s activities and cleared the congressman and his staff of any wrongdoing. Still, Conservatives have expressed doubts about Swalwell’s ability to fulfill his duties as a Congress member because a foreign spy so easily duped him.

Swalwell hasn’t said whether he intends to take Cruz up on the offer. But The SportsLine Projection Model predicts the 49ers will win by 4 points.