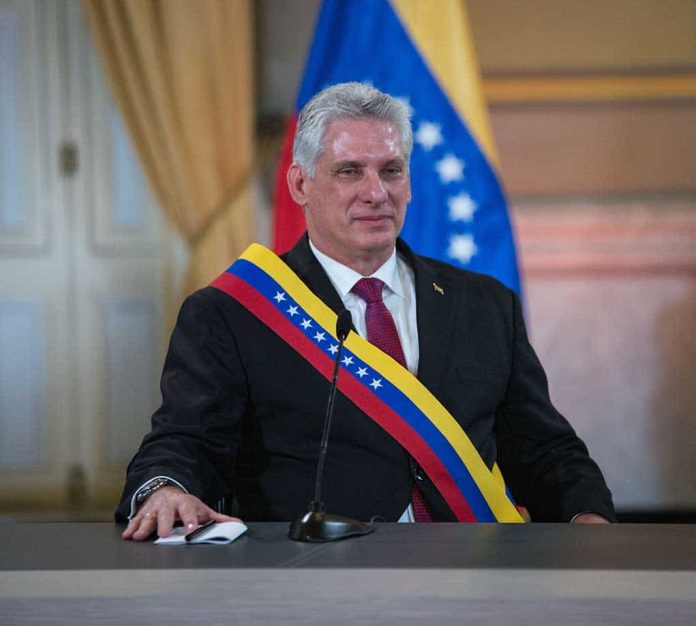 (UnitedVoice.com) – On July 11, massive protests erupted in Cuba. Citizens demanded President Miguel Díaz-Canel step down from his position amid widespread medical and food shortages. The Cuban government had been trying to blame the US for the problems facing the island, but finally, the communist leader took some of the responsibility for what’s happening.

In a televised address to the Cuban people on Wednesday, July 14, Díaz-Canel said the country has to “gain experience from the disturbances.” He said the government needs to “carry out a critical analysis” of the problems facing the nation and avoid repeating the mistakes in the future.

Cuban President Miguel Díaz-Canel has acknowledged shortcomings in his government’s handling of shortages and of neglecting certain sectors, but he is urging Cubans to not act with hate — a reference to violence during recent street protests. https://t.co/VnSFehH2rt

Prior to this speech, the Cuban government was blaming the US embargo for the economic troubles on the island. The communists said the sanctions against the country are leading to “economic asphyxiation.” Díaz-Canel had also said social media triggered the unrest. As a result, the government shut down access to the internet.

Republicans and Cuban-American activists are now calling on the Biden administration to help restore the internet to people on the island so they can share what’s really happening there. Sadly, the US president has not indicated that he has plans to do anything other to support the people of Cuba than give speeches.