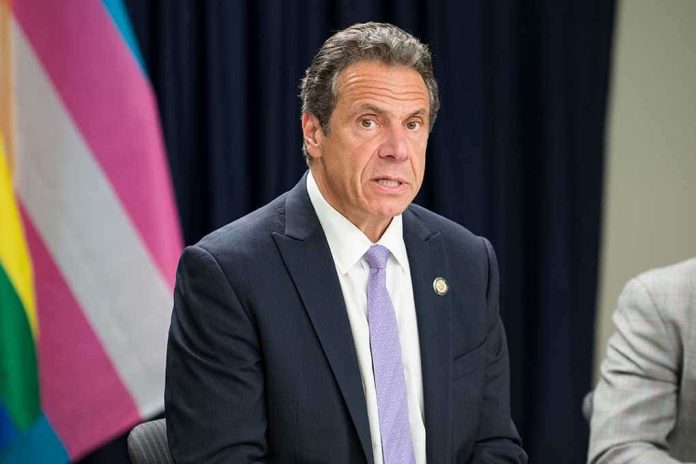 (UnitedVoice.com) – On August 24, Kathy Hochul took over as the governor of New York State after Andrew Cuomo resigned in disgrace. However, before leaving Albany for the last time as governor, he issued commutations to five convicted murderers. One of the men who might go free is a cop killer with a very powerful, politically connected son.

Gilbert is the father of San Francisco Democratic District Attorney Chesa Boudin. Both the convicted murderer and his wife, Kathy Boudin, belonged to the domestic terrorist organization known as the Weather Underground. They both helped rob a Brink’s truck in 1981. Gilbert was the driver, and his wife was the lookout (she received a 20-year sentence). The robbery left one security guard and two police officers dead.

This is a disgusting betrayal to the people of Rockland County, the families of Peter Paige, Edward O’Grady, and Waverly Brown, and law enforcement officers everywhere. @NYGovCuomo is a coward and an awful human being. https://t.co/0burTv3gFV

The commutations follow 10 other orders of clemency the week before Cuomo left office. Gilbert won’t get out of prison right away; the pardon board will make the final decision. The other four murderers will be out soon.