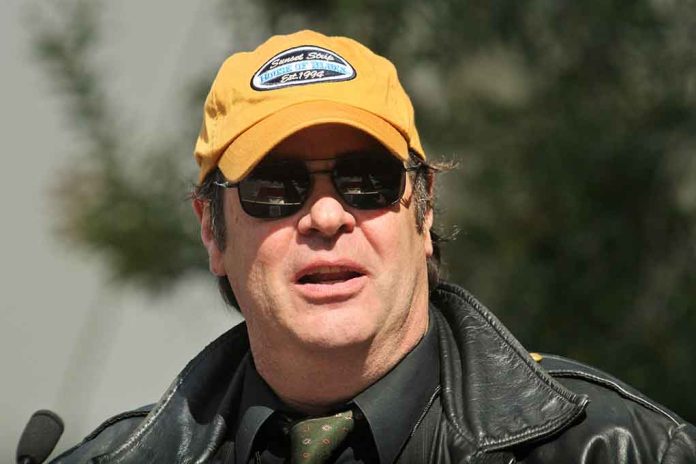 (UnitedVoice.com) – Actor Dan Aykroyd has a long and successful career in Hollywood. Some people might not know the “Ghostbusters” actor had a brother, Peter, who was successful in his own right. Sadly, on November 20, he passed away.

Aykroyd told the Associated Press that Peter died from sepsis, which was the result of an untreated abdominal hernia. The 66-year-old actor had a long career, acting alongside his brother in movies like “Coneheads” and “Spies Like Us.” The actor was also a cast member and writer on “Saturday Night Live.” Additionally, he wrote and produced “PSI Factor: Chronicles of the Paranormal,” which ran in Canada for four years in the ‘90s.

SNL aired a memorial to Peter on its show Saturday. The on-air tribute reminded the audience of a short film the actor starred in called “The Java Junkie.” He played an over-caffeinated man who was running around town trying to get a fix for his coffee addiction.

Dan shared the tribute on his Twitter. He called his brother “brilliant, inventive, funny and big-hearted.”

Cracking a #Head to celebrate the life of my brilliant, inventive, funny, and big-hearted brother Peter. Musician, songwriter, vocalist, composer, analog sound engineer, comedy writer, and actor – he was beloved by all his colleagues, friends, and family. See Java Junkie. https://t.co/1q7gI9gMee