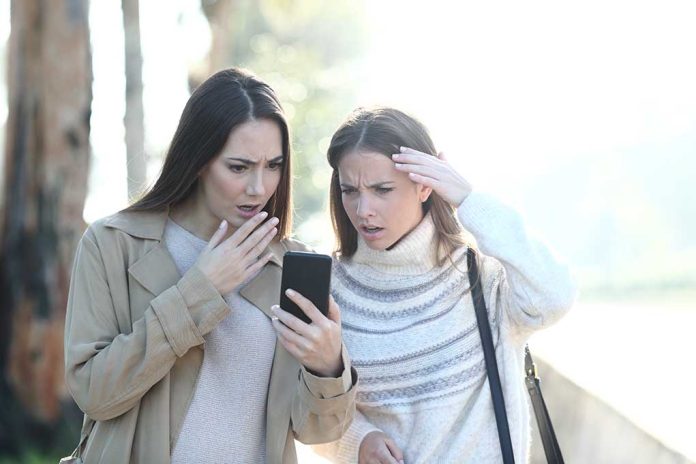 (UnitedVoice.com) – A notorious troll provoked a Republican lawmaker into a furious outburst last week. Professional pest Alex Stein harassed legislators Tuesday afternoon at the Capitol. Finally, he went too far and got slapped down.

On September 13, Stein, a “comedian” with a reputation for harassing politicians, confronted a series of representatives in Washington, DC. First, he tried to provoke Eric Swalwell (D-CA) with jibes about his connections to a Chinese spy; Swalwell ignored him. Then, he spoke to Marjorie Taylor Greene (R-GA). Finally, he picked on Navy SEAL veteran Dan Crenshaw (R-TX), whom he had previously harassed at the Texas Republican convention in June.

In a series of insulting comments, Stein claimed Crenshaw lost an eye because President George W. Bush decided to invade Iraq (injuries in Afghanistan, not Iraq, caused the loss). Then he called the veteran a “loser” and “a sad little boy.”

When he ridiculed the Afghanistan war, Crenshaw lost his cool and berated Stein. Not taking the hint, Stein continued to badger him about US support for Ukraine, calling him a “dwarf” and a “traitor.” The GOP lawmaker retaliated by informing the comedian that he’s “a piece of sh*t.”