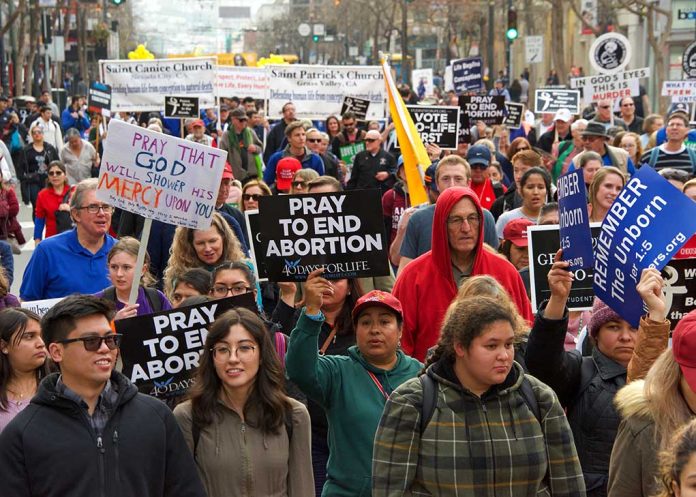 (UnitedVoice.com) – In March, Washington, DC police discovered the remains of five fetuses when they arrived at a home to investigate a tip about there being biohazard material at the residence. They were the remains of aborted babies. Pro-life activists are now calling on authorities to perform autopsies on the bodies.

According to reports, Lauren Handy, an extreme anti-abortion activist was staying at the home when police found the remains. She claims she took the aborted fetuses from a biohazard waste truck that was leaving the Washington Surgi-Clinic. The trucking company denied the allegations. Dozens of Republican lawmakers and pro-life activists have called for DC to conduct a full investigation into whether the fetal deaths violated federal law.

BREAKING: Sixty-nine members of Congress led by @SenMikeLee & Rep. Chris Smith demand that the Attorney General and the @TheJusticeDept step in to conduct a full investigation into whether the deaths of the five infants violated federal law. https://t.co/Y0BZC9EbKa

According to the Washington Post, the DC medical examiner doesn’t plan to perform autopsies on the fetuses. Ashan Benedict, the Metropolitan Police Department’s executive assistant chief of police, said it appeared all of the fetuses were aborted “in accordance with D.C. law” and the only thing that seemed illegal was the way “they got into [the] house.” Dustin Sternbeck, a spokesman for the police department, told the WaPo there was an ongoing investigation into the matter.

Do you think the DC Medical Examiner should perform autopsies on the remains?