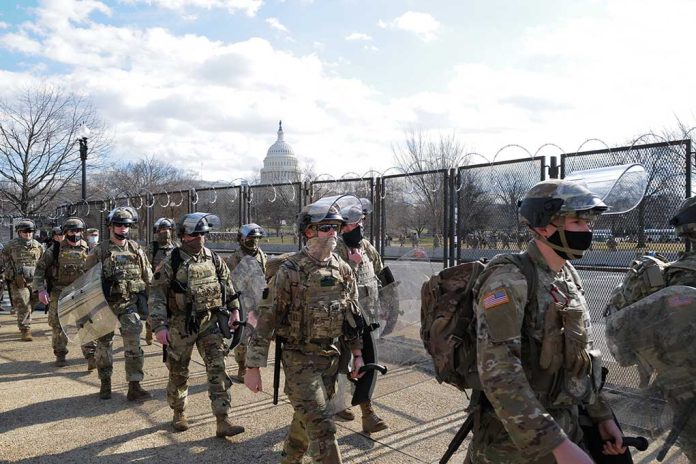 (UnitedVoice.com) – Earlier this year, Texas Governor Greg Abbott (R) announced he was going to send busloads of migrants to Washington, DC, so President Joe Biden could see the problem his state is fighting. The surge of immigrants to the capital isn’t impacting the federal government. Instead, city leaders and local aid groups are trying to help. Now, the Democratic mayor is requesting the feds get involved.

During a press conference on Thursday, July 28, DC Mayor Muriel E. Bowser (D) brought up the surge of more than 4,000 migrants to the city. The Washington Post reported that she called it a “humanitarian crisis” that will likely escalate. She formally requested 150 US National Guard troops to help settle the immigrants while they wait to adjudicate their asylum cases.

Bowser also wants the government to use the DC Armory to process the asylees. Currently, local aid groups are helping resettle and assist those Abbott has bused into the city. Those organizations have criticized the Democratic mayor for trying to militarize the issue.

Meanwhile, Defense Secretary Lloyd Austin is reportedly looking into the matter to determine whether to send the Guard into the capital. A spokesperson for his office told the WaPo he’s taking the request “very seriously” and is “working through the details.”