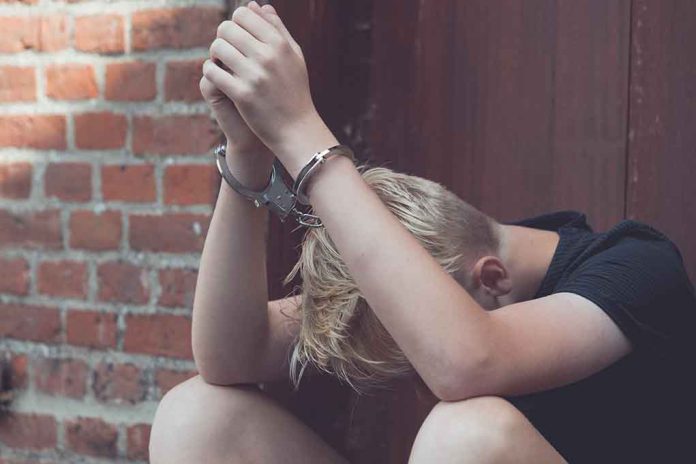 (UnitedVoice.com) – Cops in Washington, DC, have arrested a teenage boy on terrorism charges after a series of hoax bomb threats shut down city schools.

“A youth from Southeast Washington was arrested and charged with making terrorist threats as a suspect in the Wednesday incidents. His name was not released” https://t.co/1ebALxaQJN

On February 9, seven high schools in DC were forced to evacuate after the Metropolitan Police Department received multiple bomb threats. One of them, KIPP DC College Preparatory, later released a statement saying the threat was “not credible” – but officials had to take the initial reports seriously, and clear the schools for a police search. None of the searches found any evidence of bombs.

On February 10, the MPD announced that a 16-year-old boy had been arrested in connection with the threats. Police say they’re not sure if he was responsible for all seven of the schools evacuated, plus an eighth that also received a threat. So far, he hasn’t been publicly linked with another threat the day before that ended with the Secret Service evacuating Vice President Kamala Harris’s husband from a DC school. However, the boy has been charged with multiple counts of making terrorist threats, a felony.

The MPD says they’re continuing to investigate the threats together with federal agencies, including the FBI and the Bureau of Alcohol, Tobacco, Firearms, and Explosives. If all these threats were the work of one teen hoaxer, it’s a simple felony – but if multiple people were involved, federal cops will want to know who and why.