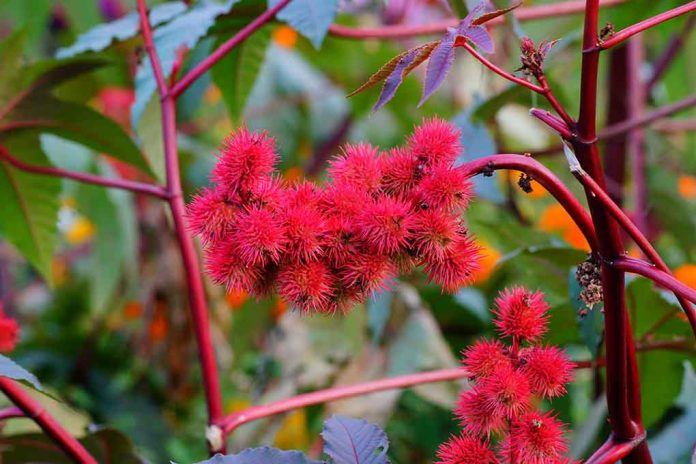 (UnitedVoice.com) – A woman in Conwy, United Kingdom, was strolling through a local park when she spotted an interesting plant. She reportedly thought the small shrub was exotic, so she asked about it. What she learned about the shrub caused her to alert authorities.

According to North Wales Live, the woman’s husband said a gardener told his wife the growth was called Ricinus. So, she used an app that identifies plants to check again and learned it’s called Ricinus Communis, also known as a castor oil plant. After a Google search, the woman discovered the flowering shrub was once named the world’s most poisonous plant by the Guinness Book of Records.

The woman immediately notified the city council about what she found at the public park. However, they explained that they knew the plant was there. A spokesperson stated they have used the plant in “displays for many years,” and gardeners often used them in flower beds across the UK. They explained many decorative sprouts are “toxic if ingested,” which is why gardeners remove them “before the seed heads set.” The shrub is 6,000 times more deadly than cyanide.

The shrub which contains a substance 6,000 times more poisonous than cyanide has been in its bedding displays 'for many years' https://t.co/zzNklfnPcC pic.twitter.com/8yuCY3vP7x

In the US, gardeners often use poisonous greenery such as hydrangeas, water hemlock, daffodil, foxglove, and angel’s trumpet in gardens.