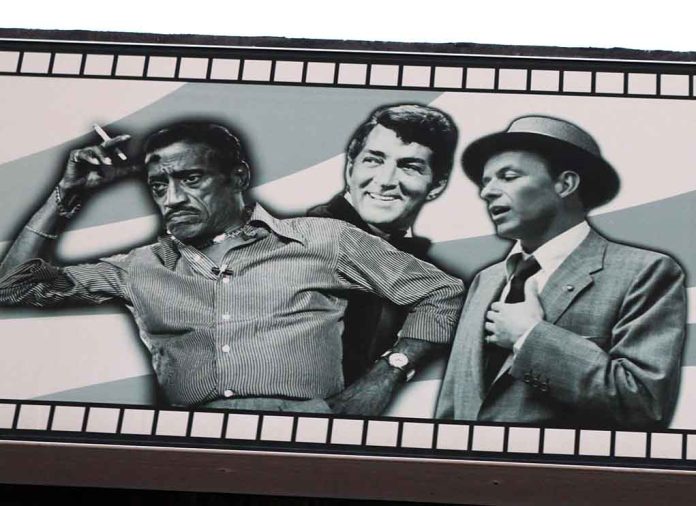 (UnitedVoice.com) – In 1961, John F. Kennedy was sworn in as president of the United State. The charismatic Democrat had an inauguration full of some of the most recognizable faces in America. Singer Dean Martin was not among the stars at the event and the reason might shock some.

According to Deana Martin, Dean’s daughter, her father refused to attend JFK’s inauguration because the new president snubbed his fellow Rat Pack member, Sammy Davis, Jr. The president reportedly asked Davis and his wife, May Britt, to not participate in the celebration because he was worried they would anger white Southerners. Davis was black and his wife was white; in 1961, the country was still very divided on race. A new movie, “Dean Martin: King of Cool,” dives into the story and will contain never-before-seen footage of the crooner and his life.

When Martin heard about the president’s request, he refused to attend the event in solidarity.

Film director Tom Donahue told Fox News that Sammy Davis Jr. helped JFK get elected. He campaigned for him and then when the inauguration came around, the president didn’t want him there because of his interracial marriage. Donahue said Martin wasn’t having any of it. He stood up for his friend, saying, “‘I’m not going to be part of the inauguration if Sammy isn’t going.” Donahue said he was very impressed by Martin’s character and now, Americans will get a chance to see what kind of man he was.

Ironically, Democrat JFK has largely been painted as an inclusive president who fought for civil rights. But this story shows there was another side to him; a side that was perfectly fine with excluding friends who helped him get elected to appease racists. It seems the Democratic Party isn’t as inclusive as they want everyone to think.