President Trump appeared to accept an invite from reclusive North Korean dictator, Kim Jong Un, this week. The move surprised both Republican and Democratic leaders, who are calling the agreement reckless and chaotic. They are criticizing the decision, asserting that the POTUS should demand the tiny country cease nuclear production before being granted the opportunity to meet.

• An abrupt statement from the President’s administration, released to the public on Thursday of last week, started the confusion. It said only that Trump would be willing to have a summit with Jong-un, and made no mention of demands or concessions.
• House speaker Sarah Sanders later denied the lack of demands. “Let’s be very clear. The United States has made zero concessions but North Korea has made some promises. This meeting won’t take place without concrete actions that match the promises that have been made by North Korea.”
• Trump also spoke out about the issue, suggesting there was plenty of room for changes before culmination. “The deal with North Korea is very much in the making and will be, if completed, a very good one for the World. Time and place to be determined.”
• At a stop-over in Pittsburgh on Sunday, Trump addressed the crowd directly, insinuating that the possibility of concessions exists. “They are thinking about that – who knows what’s going to happen,” he said. He also cautioned the crowd against knee-jerk reactions, stating that “…We have to be very nice” ahead of the summit.
• Trump’s inner circle has indicated a much less chaotic approach is in the works. Rex Tillerson indicated that talks were still in the “distant” future. Other leaders have also confirmed, but remain mum on exactly what the U.S. might demand before meeting. If the meeting moves forward, it will likely happen in May.
• Vice-President Mike Pence called the possibility of talks an indication that pressure on North Korea is working. “…all sanctions remain in place and the maximum pressure campaign will continue until North Korea takes concrete, permanent, and verifiable steps to end their nuclear program.”

Vladimir Putin Warns Oil Could Go Over $100 a Barrel

Flooding Threatens 25% of All US Infrastructure 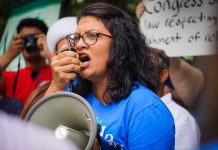 ‘Squad’ Member Reveals She Only Wears Mask For Appearances 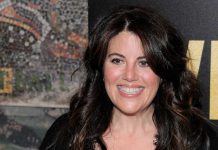 Monica Lewinsky Says Cancel Culture Is Out of Control