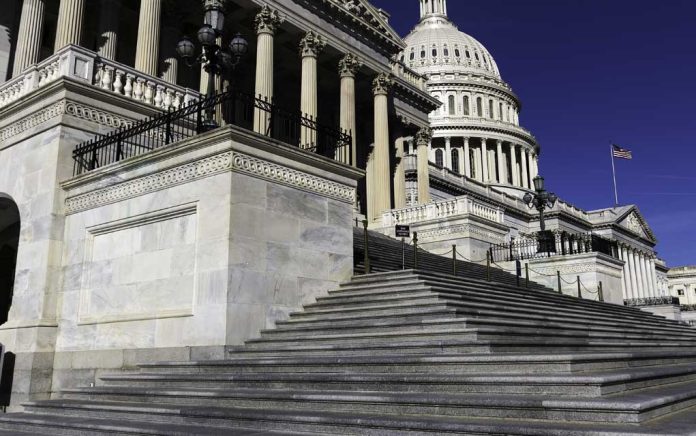 (UnitedVoice.com) – House Speaker Nancy Pelosi (D-CA) is no stranger to COVID controversy, especially after demonstrating her inability to follow the rules. The last debacle she encountered ended with a California hairdresser being hounded out of business. Now, Pelosi is finding herself forced to back away from yet another hypocritical decision.

Last Friday, Pelosi caused outrage by announcing that a dinner function for incoming members of the House would go ahead. This comes at a time when Democrats are urging ordinary Americans to scale down or cancel their traditional Thanksgiving celebrations.

Chief of staff Drew Hammill tweeted his insistence that the event was safe. Pelosi also told reporters that the Capitol physician cleared the event in advance. However, public anger – including a protest by former First Daughter Chelsea Clinton – soon forced a retreat.

Late Friday, Hammill sent another tweet announcing that members would pick up meals to go and go home. “No dinner,” he confirmed. When will Pelosi learn that if she wants to impose restrictions on the American people, she needs to follow them herself?