However, with Manchin, there is never a guarantee. Sometimes he votes with Republicans and sometimes he doesn’t. He almost always keeps everyone guessing with vague references until it’s time to cast a vote.

One of those times was during the Trump impeachment trial. At first, he signaled he was going to vote to acquit Trump. By the time it came to vote, he sided with Democrats to remove Trump from office.

While he believes Trump abused his power, Manchin also feels Trump could be a “tremendous president.”

In a recent interview, the right-leaning Democrat from West Virginia now says he is open to supporting Trump’s re-election.

Will Manchin Endorse Trump for Re-Election?

Manchin said that he will not rule anything out when asked if he will endorse Trump for re-election. While he voted to remove Trump, he doesn’t see an inconsistency with also endorsing him.

Known to cross party lines, Manchin has infuriated Democrats by voting with Republicans 56% of the time. Just recently, he endorsed Sen. Susan Collins (R-ME) for re-election — a seat Democrats are trying to flip. He supported Neil Gorsuch and was the only Democrat to vote for Brett Kavanaugh to join the Supreme Court. Manchin was also the only Democrat to vote for Gina Haspel as the CIA director.

Manchin did not have a good relationship with President Obama and he has openly expressed regret over supporting Hillary Clinton.

Yet, Manchin and Trump have had an on-again, off-again relationship. Over the last three years, the two spoke often and they appear to have a healthy respect for one another.

In an interview during the 2018 midterm election, Manchin said that “Washington Democrats are making it more difficult for me to be a West Virginia Democrat.”

If the Democratic party nominates a far-left candidate like Bernie Sanders (D-VT), Manchin will be backed into a corner.

Does he campaign for his party’s nominee or does he support a conservative Republican president his state overwhelmingly supports?

Waiting to Reach Out

Manchin’s impeachment vote was frustrating for Trump. Some thought he would vote with Republicans to acquit. However, at the last moment, Manchin decided to vote with Democrats instead of breaking with his party.

After the impeachment vote, Trump mocked “Munchkin” on Twitter.

They are really mad at Senator Joe Munchkin in West Virginia. He couldn’t understand the Transcripts. Romney could, but didn’t want to!

Manchin recently said he was going to wait to reach out to Trump until things “simmer down.”

Sen. Lindsey Graham (R-SC) is hopeful that the two men can reconnect. Graham said he has tried to persuade Trump that Manchin is the best shot Republicans have of getting something done with Democratic support.

There are still things Manchin does not like. He is said to be angry at the president’s budget and its potential impact on West Virginia. He’s also not happy about the lawsuit Trump supports that could destroy Obamacare.

Regardless, Manchin genuinely likes Trump and is playing it down the middle for now. That’s what Manchin does until he’s forced to take a vote.

So, will Manchin endorse Trump?

“I hope he changes. I’m looking for that person that has heart and soul and compassion,” Manchin said when asked if he will support Trump.

Given the choices Manchin has to choose from in the Democratic field — and considering he comes from a deep-red, Trump-supporting state, he may have a difficult choice to make if he wants to get re-elected in four years. 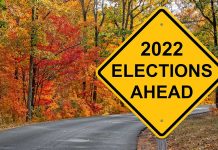 Could Democrats Fall into the ‘California Trap’ in 2022 Midterms? 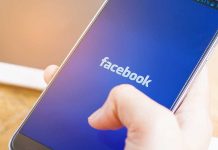 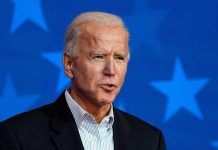 UN Reports Taliban Has Broken Its Promises to the World

September 13, 2021
United Voice reviews hundreds of articles each day to bring you just the most important articles of the week and stimulate independent critical thinking around the issues that matter. United Voice will attempt to cut through the noise, summarize key concerns, and present alternative viewpoints along with independent commentary and reader comments.