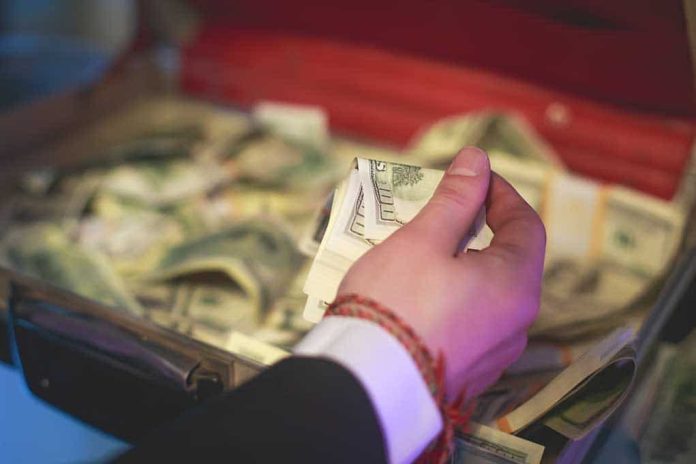 (UnitedVoice.com) – When Americans donate to a political campaign, they expect their money to pay for events, TV ads, and things like that. They don’t think the candidate they support is going to blow their donation in a questionable business establishment. A Michigan lawmaker is in hot water after being accused of doing exactly that.

On Monday, July 26, state Rep. Jewell Jones (D) submitted his new fundraising report before the deadline. In the report, he said he spent $221 in campaign funds at the Pantheion Club, a strip joint in Dearborn. The congressman labeled the March 8 event a “campaign meeting” to discuss “potential economic projects.” The Detroit News contacted the lawmaker who described the venue as a “lounge” and then the call was disconnected. From January 1 through July 20, his financial report reveals he spent over $6,000 at restaurants and lounges.

It’s not the first time he’s been wrapped up in a scandal.

Democrats’ “rules for thee not for me” standard continues ad nauseam.https://t.co/GNMYSQX7TQ

This isn’t the first time Jones has been in trouble. In April, police arrested him after his vehicle was drifting in and out of lanes on the interstate. Eventually, it ended up in a ditch. Michigan State Police say he told them he had oversight of their budget, asked them to call Governor Gretchen Whitmer (D) and then struggled with them. According to his police report, his blood-alcohol level was 0.19, well above the legal limit of 0.08.

Jones defended his spending saying he was just meeting people where they were.