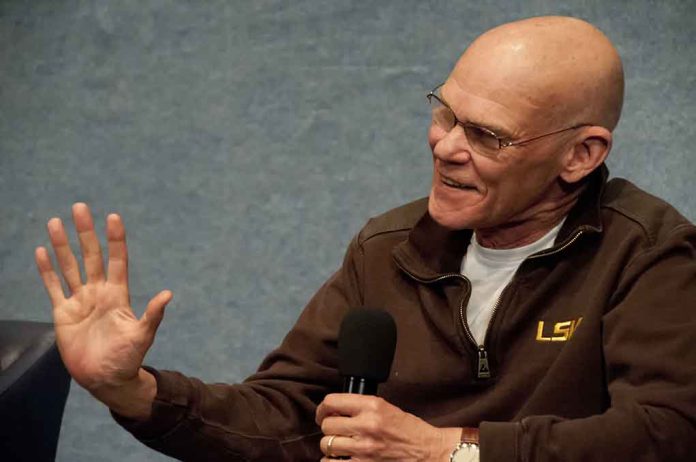 (UnitedVoice.com) – The Democratic Party spends a lot of time attacking Republicans, and even members of their own party, over policies they haven’t been able to pass. A liberal strategist is now telling his party to get over it and move on.

On Sunday, January 16, Democratic strategist James Carville appeared on NBC’s “Meet the Press,” where he spoke to Chuck Todd about the current state of his party. The host mentioned Progressives aren’t happy about what’s happened with the way the Build Back Better and voting rights negotiations have gone. Meanwhile, average Americans just want “the temperature turned down.” Carville agreed and said the Democratic base isn’t hearing about the accomplishments of the party and aren’t focusing on the important stuff, like whether “children are going to bed with a full stomach and … a warm house.”

Carville went on to tell Todd that Democrats whine all the time. “Just quit being a whiny party,” the strategist said.

WATCH: "Democrats whine too much," Democratic strategist @JamesCarville said on #MTP as independents drift away from the party in polling.

"You don't talk about what you didn't get. … Quit being a whiny party and get out there and fight and tell people what you did." pic.twitter.com/YWE2H1twyd

Carville isn’t the first political pundit to call the party whiny. There’s a reason Democrats are affectionately (and not so affectionately) described as “snowflakes.”

What do you think? Do you think the Democratic Party is whiny?