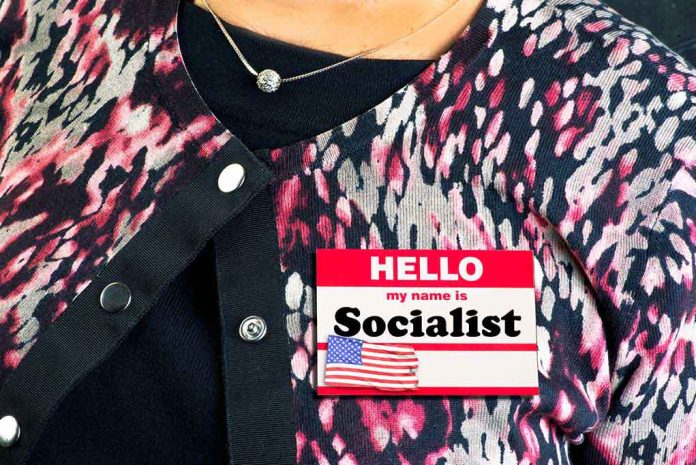 (UnitedVoice.com) – While the United States has social programs and grants to help its citizens in times of need, the practice falls short of full-blown socialism, which shifts the overall ownership of resources and property from private to public. The communal living movement that became popular among a few in the 1960s was the complete opposite of today’s capitalistic society in America, where people work hard to thrive. Many Americans want to keep it that way — but not everyone.

On August 23, New York state Senate candidate Kristen Gonzalez secured a spot on the midterm ballot, declaring “socialism wins” in her victory speech. Not surprisingly, progressive Representative Alexandria Ocasio-Cortez (D-NY) and the Democratic Socialists of America (DSA) backed the politician. Gonzalez isn’t only pushing her ideology in her own campaign but plans to spread her socialist agenda across the Big Apple.

"We really proved that socialism wins! We are not going anywhere, and we will not stop until we see a socialist slate across this city!" pic.twitter.com/kWR9tUvjEb

The far-Left candidate believes in “free healthcare” for New York; she wants to cancel student loan debt completely, build a “green NY,” house the homeless, and fight for LGBTQ+ rights.

The 27-year-old’s plans align with many current liberals in Congress who are also members of the nearly 100,000 members of the DSA, including Cortez and Senator Bernie Sanders (I-VT). The organization fundamentally wants to dismantle US capitalism as it stands currently, pushing for Democratic Socialism instead.