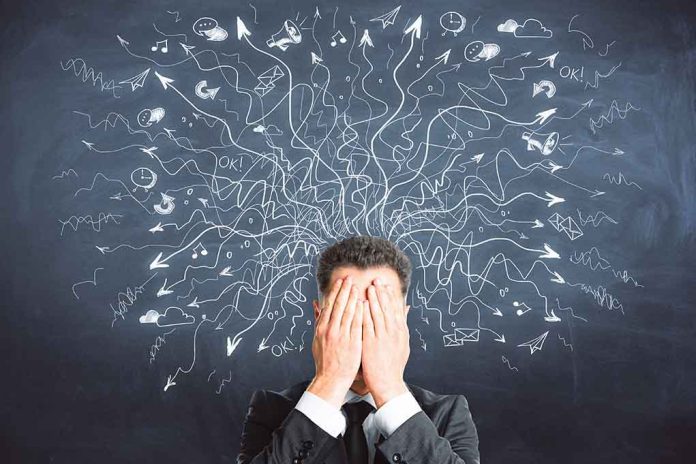 (UnitedVoice.com) – Here we go again. While the Democrats mess around trying to pass a bill that isn’t a national priority, they delayed vital legislation that is now up against a hard deadline. In September, Congress passed a stop-gap measure to fund the government through Friday, December 3. The president was supposed to sign the federal government’s budget into law by September 30, according to the US Constitution. In addition, Congress must deal with the debt limit ceiling by the middle of December.

Democrats continue to play political games, hoping it will give them an advantage with voters in 2022. While they try to push to pass their radical semi-socialist and climate change Build Back Better Act, they purposely delayed the National Defense Authorization Act (NDAA) until this week. Instead of going through the normal process, Sen. Majority Leader Chuck Schumer (D-NY) is trying to force a two-week process into three days at the last minute, and the GOP isn’t having it.

Five Democrats joined 46 Republicans in blocking the legislation. Ordinarily, Republicans vote to fund the Defense Department heavily. Schumer derided the GOP as dysfunctional for the roadblock. However, a look at the tactics and the timeline suggests it’s Democratic dysfunction at the root of the problem.

There are several reasons the GOP moved to stall the appropriations bill. First and foremost, Republicans believe Schumer purposely allowed the legislation to sit in limbo since July after the Senate Armed Services Committee voted in favor of the bill. It’s almost five months later, and the Democratic leader is just now bringing it to the Senate floor.

The delay tactic came after Republicans proposed two amendments Schumer and President Biden didn’t like but didn’t have the votes to overcome. First, the GOP wants sanctions related to the Nord Stream 2 Russian pipeline feeding Germany oil. Second, Republicans want amendments associated with Ukraine and China that Schumer is denying them.

Senate Armed Services Committee member Sen. James Inhofe (R-OK) said the GOP would not accept Schumer’s attempt to jam through the NDAA without the proper procedure for debate and amendments. Sen. Minority Leader Mitch McConnell (R-KY) took it a step further by alleging Schumer was attempting to overcorrect for his poor planning and putting national security at risk.

Schumer’s move to delay the vote on defense spending could cause chaos with the legislative agenda for the rest of the year. The number one priority for Democrats is their $1.75 trillion Build Back Better Act. They’ve proven time and again they’ll push more important priorities aside to shove the semi-Socialist bill down America’s throat. However, it may not pass this year because Sen. Joe Manchin (D-WV) has signaled concerns about the bill and inflation.

In addition, Congress must pass two controversial bills in the next two weeks. First, on Friday, they must either pass the past-due federal budget, a week overdue to the president’s desk, or another temporary stop-gap measure. Neither will be an easy feat. Second, the debt ceiling is looming once again in the middle of December. Republicans bailed out Democrats in October, but they promised not to do it again in protest over Democrats’ extreme government spending. Still, the Democrats refuse to take care of the matter on their own — they have the power to do it but continue to decline.

So, where does all this leave America? As long as Democrats pursue a reckless agenda and ignore proper timelines, who knows? The certainty is Democratic dysfunction could create chaos if they don’t fund the defense department, fund the government and extend the debt ceiling.

What a mess Pelosi, Schumer, and Biden have made. They’re the ones in power. If things go south quickly, it’s on them for playing politics instead of governing and legislating.