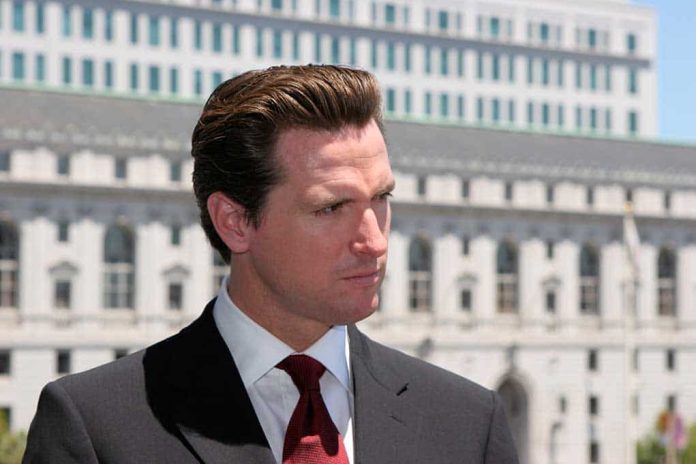 (UnitedVoice.com) – California’s controversial governor is in trouble again. After already facing recall after a petition to get rid of him attracted millions of signatures, he now has something new to worry about. Two parents’ groups have filed a lawsuit against him, claiming his mask mandate is harming their children.

A decree issued earlier this month by the California Department of Public Health (CDPH) orders all schoolchildren in the state to wear a mask, even if they’re fully vaccinated against COVID-19. Responsibility for mask mandates ends on the desk of Governor Gavin Newsom (D) – and parents have named him as a defendant in the new lawsuit, along with California Health and Human Services Secretary Mark Ghaly, CDPH chief Tomás Aragón and Dr. Naomi Bardach of pro-mask group Safe Schools for All.

The groups, Let Them Breathe and Reopen California Schools, say the mask mandate threatens their children’s mental and physical health. Founder Jonathan Zacherson accused CDPH of ignoring the evidence that shows children are unlikely to either get infected with the Chinese virus or pass it on to others.

Newsom faces a special recall election on September 14, after more than 2.1 million Californians signed a petition calling for his removal.